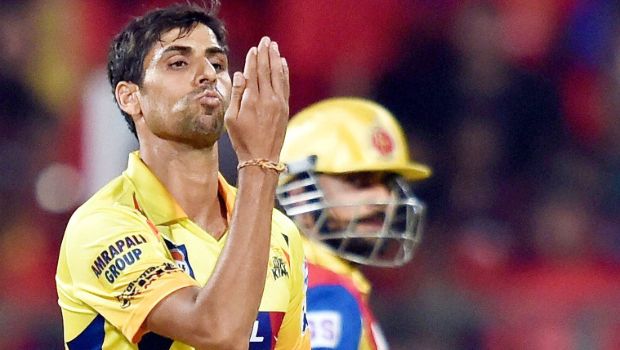 Former Indian pacer Ashish Nehra has given credit to the Indian Premier League for the rise of Indian cricket. Nehra said IPL has changed Indian cricket in a better manner.

The former seamer reckons the lucrative Twenty20 tournament has played an instrumental role in the rise of India’s fast bowling unit.

India currently has one of the best bowling line-ups in the world and they have the skills of breathing down the neck of the opposition batting. The likes of Jasprit Bumrah, Mohammed Shami, Mohammed Siraj, Ishant Sharma, and Umesh Yadav have performed consistently in all the conditions.

The pace quadrant of Jasprit Bumrah, Mohammed Shami, Shardul Thakur, and Mohammed Siraj was at their best in the opening Test match at SuperSport, Centurion against South Africa as they picked 18 wickets among themselves. Shami was the pick of the Indian bowler as he scalped a total of eight wickets in the match.

“It makes me very happy. Earlier, there was no IPL and domestic cricket had too much gap and a player played fewer matches. IPL has changed Indian cricket in a better manner. The team now has seniors like Ishant Sharma, Umesh Yadav, and Bhuvneshwar Kumar along with the youngsters.

“India has ample options in the fast bowling setup and that’s been a major reason behind the change. Fast bowling is physically demanding. We have seen players break down and suffer injuries. The team didn’t have replacements in the past. But India now has players who can replace a bowler who has played 50-100 Test matches,” Nehra told Cricbuzz.

On the other hand, former Delhi fast bowler believes the Indian pace battery has been successful in making the most of the favorable foreign conditions, which are conducive for seam bowling.

“One more thing to point out is India’s use of the conditions. Since 2018, the Indian team has traveled twice to England, Australia, and South Africa. These foreign tours used to happen once in 4-5 years in the past. India has benefitted from this change, and bowlers have accustomed well to foreign conditions.

“Shami & Bumrah have delivered on flat wickets too. Umesh has also performed in the limited opportunities he’s got. Ishant also contributes with his experience. The Indian bowling unit has fared reasonably well in 2021,” Nehra further said.

The second Test match between South Africa and India will be played at Wanderers, Johannesburg from January 3.