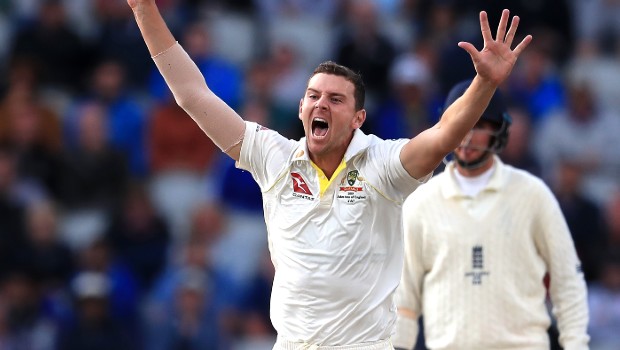 The Australian ace paceman Josh Hazlewood reckons that the IPL is probably the strongest T20 competition in the world. The IPL is known to provide a great platform to all the players in the world and the competition in the league is top-class. The best players take on the best and the young players get the opportunity to learn from the senior players and the experienced coaches.

The IPL has been part of the cricket calendar for more than a decade now and it has completely revolutionised the way the game is played. Hazlewood who was roped in by Chennai Super Kings for his base price of INR one crore, reckons that the players who come out of the IPL are better players.

Furthermore, the IPL gives the opportunity to foreign players to play in the Indian conditions and get used to them. As the level of the competition is good in the lucrative league, it helps the players in improving their game at the top level.

A lot of players have benefitted after playing in the IPL and the tournament has helped them in raising their game in the shortest format. The young players also get the platform to play with and against the best players and it helps them in taking the giant strides.

“There are a few things to fall into place yet but the IPL is such a huge part of the year for a lot of players and probably the strongest T20 competition in the world, up there with the Big Bash, and you learn a lot about how to play your T20 cricket and how to play in those conditions,” Hazlewood was quoted as saying by ESPNcricinfo.

“You’ve seen guys come out of it much better players so there’s a lot of positives to it, so if that takes a few games off us playing for New South Wales in the build-up to the international summer that’s a tough call, (and) probably comes back to the individual.”

Meanwhile, Josh Hazlewood is yet to play in the IPL and he would turn out for the CSK in the upcoming season. There are now chances of the IPL happening in 2020 as the ICC has decided to postpone the T20 World Cup to 2021.

Hazlewood, who is known to hit the accurate line and length in the Test matches, hasn’t played a lot of T20I cricket. The right-arm pacer from Australia has played seven T20I matches in which he has scalped eight wickets. Thus, he would like to get the experience of playing in the IPL and give his best.

Chennai has a great record in the IPL and Hazlewood is expected to enjoy playing under the leadership of MS Dhoni, who is known to get the best out of his players.