IPL might happen when things settle down – Rohit Sharma 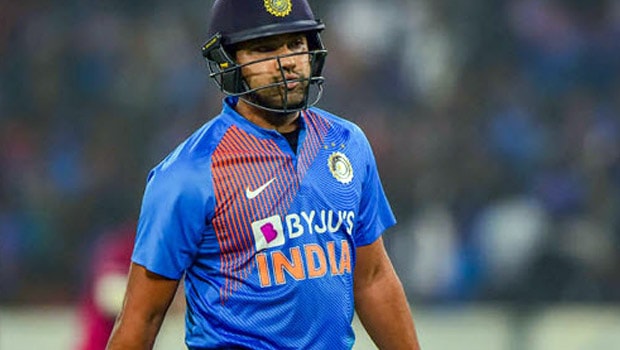 Mumbai Indians skipper Rohit Sharma is hopeful that the forthcoming edition of the IPL might happen when things settle down. Currently, the present situation is intense due to the outbreak of the coronavirus and the chances of IPL taking place looks bleak. There is no doubt that it will be a truncated competition if at all it happens.

BCCI has not yet given any official statement regarding the future of the IPL but an official had recently stated that the tournament is possible even if it starts in the first week of May. On the other hand, India’s Prime Minister Narendra Modi had announced a 21-day lockdown on March 24.

Consequently, it will be imperative that the things settle down and then the organisers can decide the fate of the tourney.

When former England batsman Kevin Pietersen asked Rohit Sharma whether the tournament will go ahead this year or not in an Instagram interaction, Sharma replied: “At some stage, when things settle down, it might happen, who knows”.

Meanwhile, according to the Ministry of Health and Family Welfare, the total number of positive Covid-19 cases have risen to 649 and it has taken 13 lives.

On the other hand, Rohit Sharma will be raring to make a comeback to professional cricket. The right-hander had last played in the Indian team in the final T20I against New Zealand but had suffered a calf injury in the same game. Ergo, he was ruled out of the ODI and Test series.

Rohit is the most successful IPL captain as he has taken Mumbai Indians to glory on four occasions. The Mumbai Indians skipper has led his troops from the front and he has been successful in getting the best out of his players. The right-hander has been a consistent player and he would like to be at his best in the upcoming season of the IPL.