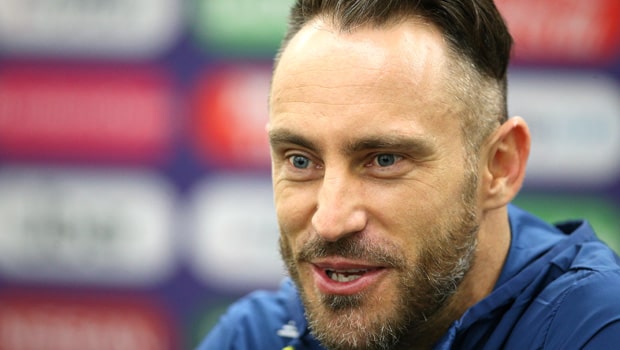 Chennai Super Kings opening batsman Faf du Plessis reckons the IPL needs MS Dhoni to play in the tournament for the next couple of seasons. After MS Dhoni’s international retirement and his poor form in the ongoing IPL, it was speculated that the team’s last league match against Kings XI Punjab could be Dhoni’s last of the IPL.

Furthermore, Dhoni had also given away his jerseys to a number of players in the IPL, which raised the rumours. However, the CSK skipper clarified that he is not thinking of hanging his boots from the shortest format of the game.

Meanwhile, MS Dhoni has been one of the most successful captains in the IPL and he has played a huge role in the success of the tournament. In fact, the IPL grabbed the spotlight after MS Dhoni had led India to success in the inaugural T20 World Cup triumph in 2007.

Dhoni has led CSK to three IPL titles and he has always led from the front in the tournament. Not only MS Dhoni has delivered the goods as a captain for CSK but also he has done a fine job as a wicket-keeper and as a finisher. The right-hander has scored 4632 runs in 204 IPL matches at an average of 40.99 and a strike rate of 136.76.

Dhoni has always got the best out of his players and he has led with a calm head on shoulders. In fact, CSK is the most consistent team in the IPL as they have made it to the playoffs on every occasion. However, they couldn’t make the cut into the final four in the ongoing season.

“When you think CSK you think of MS Dhoni and also because IPL needs MS Dhoni to play, the fans love him so much so why not. He still feels motivated and to pitch up every day and come and do… being a big player comes with a lot of expectation and a lot of pressure,” Du Plessis told teammate Lungi Ngidi during a chat for IPLT20.com.

“That answer told you he is very much motivated to come back stronger next year. There have been a few rumours floating around I have seen of him possibly retiring. So that answer was possibly a hell no straightaway,” he added.

Meanwhile, Chennai Super Kings were able to finish the tournament on a high as they won their last three matches. Sam Curran and Ruturaj Gaikwad were the positives for CSK and they would be looking to make a roaring comeback in the next season.