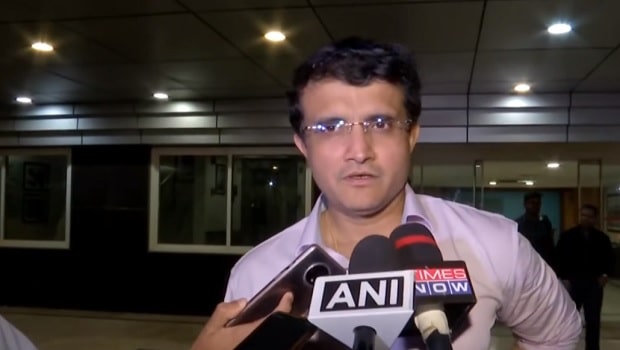 The BCCI president Sourav Ganguly has stated that the forthcoming season of the Indian Premier League was postponed till April 15 as safety of the people is the first priority. The IPL, which was originally to begin from March 29 was pushed to April 15 after the Indian government had come with a safety advisory on the backdrop of coronavirus.

The advisory which was issued by the Indian Sports Ministry stated that all the sporting events in the country should be avoided. The Union government also added if the event is unavoidable, it should be held behind closed doors.

It is reported that the Indian Board and Indian Premier League governing council will wait and watch before they take any further decision on the future of the tournament. After the IPL governing council meet in Mumbai, Ganguly stated that lets stick with the postponement at this moment and the other things will be decided later.

“Let’s stick to the postponement (at the moment). First priority is safety, so we postponed the games,” Ganguly said on Friday.
On the other hand, even if the tournament now takes place, it will have 18 days less than the original schedule. Hence, there will either be more double headers in the new schedule of the tournament or the number of league matches (which is 14) can be trimmed. However, the former Indian captain refused to comment on the same and added they will need to wait and watch how things unfold in the coming days.

“We will see what happens. It is too early to answer,” said Ganguly.
Meanwhile, the BCCI had met the executives of all the eight franchises, including Kolkata Knight Riders co-owner Shah Rukh Khan, Mumbai Indians owner Akash Ambani and Kings XI co-owner Ness Wadia and others.

When Ganguly was asked whether the franchise owners were happy with the call to delay the tournament, he said, “Nobody has a choice.”
On the other hand, BCCI also decided to call off the India-South Africa ODI series after the first match was washed out at Dharamshala. The series will be rescheduled later in the year.

More than 80 cases of coronavirus have been reported in India and two people have already died because of the virus.