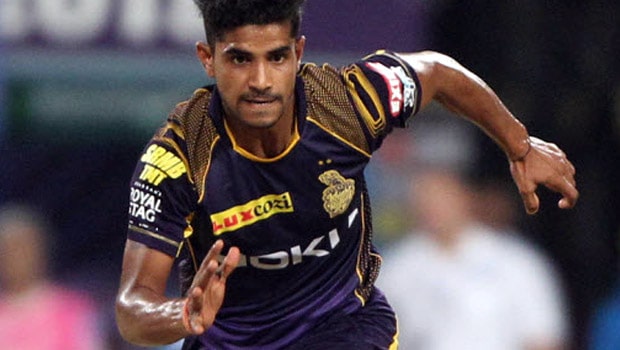 It is always frustrating when a young player is not able to play because of an injury. It hasn’t been an ideal start for the 21-year old Shivam Mavi, who had to sit out of IPL 2019 after a back injury. The story could have been the same for the Kolkata Knight Riders fast bowler as he was recuperating from injury and he was only expected to get fit by mid-April.

It wouldn’t have been a cakewalk for him to straight away hit the ground running in the IPL, had the tournament started at its initially planned date of 29th March. However, the IPL was postponed due to Covid-19 and will now begin in the UAE from September 19.

These extra six months gave a chance to Mavi to recover and get stronger. Thus, he has been able to prepare well and the postponement of the tournament came as a blessing in disguise for him.

The fast bowler who had impressed in the 2018 Under-19 World Cup with his extra pace, was brought by Kolkata Knight Riders for INR 3 crores in IPL 2018 auction.

“Had the IPL happened in April-May, I would have missed my second straight season. I was scheduled to recover only mid-April. Then to cope that kind of bowling workload straightaway may have been tough, so the last four months have given me time to recover, rehabilitate and become stronger,” Mavi said in a chat with ESPNcricinfo.

On the other hand, Shivam Mavi has been training in Noida for the last three weeks with experienced Indian seamer Bhuvneshwar Kumar, who has told him to work on his swing. Mavi already has the pace under his belt and he could be a force to reckon with if he adds swing to his repertoire.

“He [Bhuvneshwar] only keeps telling me, ‘swing is your natural strength’. I feel I have good pace anyway, so I don’t worry about that aspect. If I can retain that swing, I can be lethal even at 135 kph. I’ve honestly never thought about pace. For me, rhythm is most important,” Mavi added.

The young fast bowler didn’t have the best of starts in the IPL as he could only take five wickets in nine matches of IPL 2018. The tournament is all set to begin from September 19 and Mavi would look to be at the top of his game.

The youngster has played six first-class matches in which he has bagged 25 wickets at an impressive average of 21.60 for Uttar Pradesh. The right-arm fast bowler has also snared 22 wickets in 16 List A matches at 27.81.