Home » Cricket » IPL set to start on September 19, final to be played on November 8 – BCCI Sources

IPL set to start on September 19, final to be played on November 8 – BCCI Sources 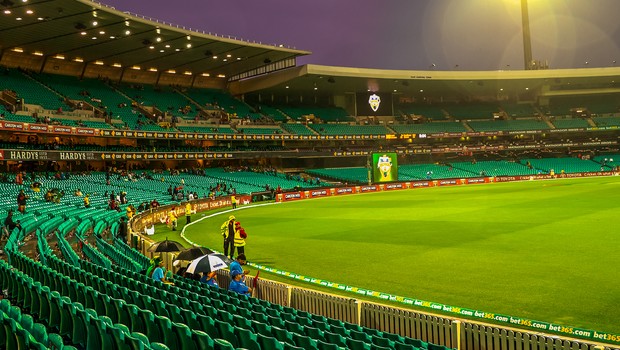 The 13th season of the Indian Premier League is all set to start from September 19 with the final of the tournament to be played on November 8 in the United Arab Emirates, reported a BCCI source. All the eight teams will leave for the UAE on August 20 to start their quarantine and training sessions. Thus, the teams will get a one-month period to prepare for the tournament.

The IPL governing council is expected to meet next week to finalise the schedule of the tournament.

The BCCI has already applied for the permission of Indian government to stage the IPL in the UAE. The IPL governing council chairman Brijesh Patel is optimistic that they should be able to get the green nod.

“IPL in all likelihood will start on September 19 (Saturday) and the final will be held on November 8 (Sunday). It is a 51-day window which will suit the franchises as well as the broadcasters and other stakeholders,” a senior BCCI official told PTI on conditions of anonymity.

In fact, earlier it was reported that the IPL could start from September 26. However, as the BCCI wanted the Indian team to travel to Australia on time for their much-awaited tour, the board decided to prepone the start of the T20 league.

India will need to quarantine themselves for 14 days at Adelaide Oval on the Australian tour. The visitors will play the first Test match at the Gabba, Brisbane from December 3.

The official added that the 51-day period is good enough to host the tournament as it has been done in the past and it won’t be a curtailed season. There were five double headers in the original schedule when the IPL was to begin from March 29 and the official stated that it may remain the same.

“The Indian team will have a mandatory quarantine of 14 days as per Australian government rules. A delay would have sent the plans haywire.

“The best part is that 51 days is not at all a curtailed period and there will be much less double headers. We could stick to the original five double headers in a seven week window,” the official said.

Furthermore, the decision on whether the IPL will be played behind closed doors will be taken by the UAE government. Most likely, the tournament is going to take place without any spectators. Dubai, Sharjah and Abu Dhabi are finalised as the three main venues for the tourney.