Is the T20 World Cup in Australia Shikhar Dhawan’s swansong? 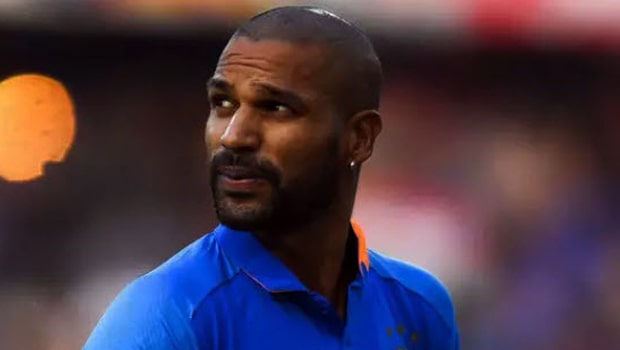 If one were to look back at the 2010s and pick the landmark moments that defined Indian cricket in the past decade, that night in 2011 at the Wankhede would certainly sit atop everyone’s list. However, if you were to pick a #2, it would be impossible to argue against the Champions Trophy triumph in England in 2013, when a young Indian side upset the odds to win the trophy outright for the very first time in history.

Among the many things that stood out for India in that tournament, none did more so than the emergence of Rohit Sharma and southpaw Shikhar Dhawan as the opening pair for India. The duo started out as an experimental pair but have since gone on to establish themselves among the greatest white ball partnerships in the sport’s history.

With a solid opening pair up top, and the nation’s second-best batsman ever, Virat Kohli, to follow them, the Indian top order has easily been the most dominant force in white ball cricket. The trio is among the top four scorers in ODIs since January 1st, 2013 with Englishman Joe Root in third denying them a clean sweep at the top.

While Dhawan has been a stellar performer, his achievements dwarf when compared to Sharma and Kohli. Apart from being the top two ODI run scorers since 2013, Sharma and Kohli are also the only two to score over 2000 T20I runs in the past seven years. They continued to dominate and rule the sport in 2019, finishing as the top 2 run scorers in ODIs, however, Dhawan endured a rather underwhelming year.

The Delhi-native lost his opening spot in the test team at the tail-end of 2018 and has failed to get win his spot back since. To add insult to injury, 2019 saw Sharma open the batting for India in Tests and much like 2013, the Mumbai-native grabbed the opportunity with both hands, smashing runs aplenty.

All hasn’t been merry for Dhawan in white ball cricket either. In ODIs, the 34-year-old scored 583 runs in 17 innings at a poor average of 36.43. What is more troublesome, is that Dhawan was dismissed for a single digit score as many times as he managed to cross 30(6).  His T20I performances paint an even bleaker picture. Dhawan scored 272 runs in 12 innings at a miserly average of 22.66 and a strike rate of just 110.56. It was also the first time Dhawan failed to score a T20I 50 in since 2015, a year where he featured just twice.

Injuries also sidelined Dhawan for an extended spell in 2019 and in his absence, opener KL Rahul was presented with the opportunity to bat alongside Sharma at the top of the order and the 27-year-old made his opportunities count. In just eight matches, Rahul scored 356 runs at a massive strike rate of 142.40. His average of 44.50 was bettered only by Virat Kohli (77.66) and Papa New Guinea’s Tony Ura (47.66) among players with over 300 runs. Rahul’s 572 ODI runs in just 13 innings in 2019 also showcase his overall improvement in that format.

Rahul is perhaps ahead of Dhawan in the pecking order in white ball cricket, but with Sharma rested for the Sri Lanka series ahead of Australia’s visit to the subcontinent in a few days, the 34-year-old could still make a case to retain his place in the side. The T20 World Cup in October looms large and as things stand, the Indian team will have Rahul and Sharma at the top of the batting order, barring any unforeseen circumstances.

With the likes of Prithvi Shaw and Shubham Gill knocking on the door of an Indian call-up, Dhawan could soon slip down further in the pecking order. And while his place on the plane to Australia for the World Cup remains safe, it could be time to ask the question if Dhawan’s race as a key player for the Indian cricket team has run its course.