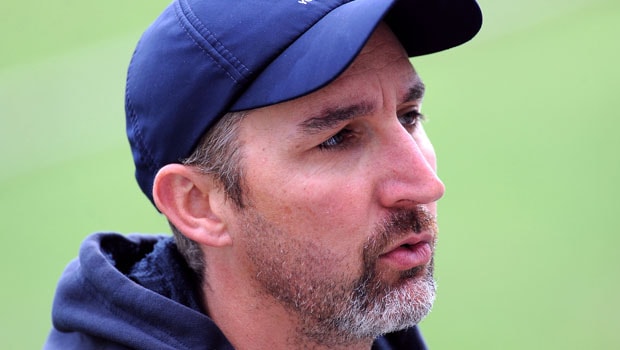 Former Australian fast bowler Jason Gillespie observed India’s lanky pacer Ishant Sharma from closed corners during the latter’s County stint with Sussex. Gilliespie who was the coach of Sussex was mighty impressed with Ishant’s thirst for knowledge during the stay. Ishant played for Sussex in 2018 under the tutelage of Gillespie.

Gillespie added Ishant had an insatiable hunger to learn new things and he would come up with the right questions. The former Australian pacer added that Ishant didn’t take his seniority for granted and sweat hard in the practice nets.

“You know what really struck me about Ishant was his thirst for knowledge, his willingness to listen, ask questions, try new things, because sometimes you can get senior players, experienced players who will just go about and do their thing,” Gillespie said on a chat-show “Cow Corner Chronicles”.

Meanwhile, last season Ishant Sharma had given Jason Gillespie the credit for his new rise in bowling. Ishant had added that everybody used to speak about the faults in his bowling but it was Gillespie who provided the right solutions.

Ishant had added that Gillespie told him to bowl a tad fuller and also guided him on his speed. The tall fast bowler grew in confidence under Gilliespie’s guidance and had a successful County season. The Delhi based fast bowler played four first class matches for Sussex in which he scalped 15 at an impressive average of 23.06 in 2018.

Subsequently, Ishant knew where and how to bowl in the English conditions which helped him when ndia toured England in 2018. He was the leader of the pack and scalped most wickets for the visitors as he snared 18 wickets in five Test matches at an average of 24.28. However, the tourists lost the series 4-1. Subsequently, the experienced fast bowler scalped 11 wickets in three Test matches on the tour of Australia at an impressive average of 23.82.

Ishant has been a different bowler in the last couple of years and a lot of credit goes to Jason Gillespie. The lanky pacer has turned his dying Test career upside down and he is now a vital cog of India’s pace battery. Ishant has picked 297 wickets in 97 Test matches at an average of 32.39.