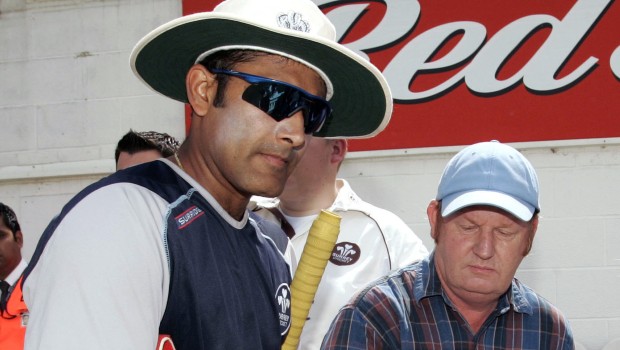 Former Indian spinner Anil Kumble has shed light on being compared to legendary spinners like Muttiah Muralitharan and Shane Warne. Kumble admitted that it became difficult for him after he was likened with these two spinners. The former Indian skipper added both of them could turn the ball on any surface whereas he hardly turned the ball.

Meanwhile, Shane Warne and Muttiah Muralitharan were brilliant in their craft. As both of them used their wrist, they had the skills to turn the ball more and they were the experts in bamboozling the batsman.

On the other hand, Kumble’s strengths were different. The lanky spinner was known to hit the good length area and relied more on his discipline. Kumble would not give a lot of revolutions to the ball and thus he hardly yielded much turn from the surface.

The leg-spinner mostly aimed to bowl straight and hence majority of his dismissals came via the leg-before-wicket and bowled. Kumble also used to vary his pace and flummoxed the batsman with his flipper.

Kumble recalled that Muttiah Muralitharan will congratulate him after he went past one of the previous records of the Sri Lankan spinner.

“It was very difficult to compare since these two (Warne and Muttiah) guys could spin the ball on any surface. It became very very difficult for me, when they started comparing me with Warne or Murali,” Kumble said while talking to Pommie Mbangwa on Instagram live interaction.

“Murali, I would see him a lot more because India-Sri Lanka played very often. So it was always a congratulatory note coming for me from Murali after I passed on every milestone and Murali would be 30 wickets to the next one,” he added.

On the other hand, Shane Warne finished as the second highest wicket-getter in the Test fold behind Muralitharan. The former Australia leg-spinner snared 708 wickets in his Test career whereas he took 293 wickets in the ODI format.

Anil Kumble is the third highest wicket-taker in the Test matches as he claimed 619 wickets. Kumble also bagged 337 wickets in 271 ODI matches.

These three spinners are regarded as the top three spinners in the history of the game. All of them were always instrumental in the success of their respective teams and played for a long time in their career.