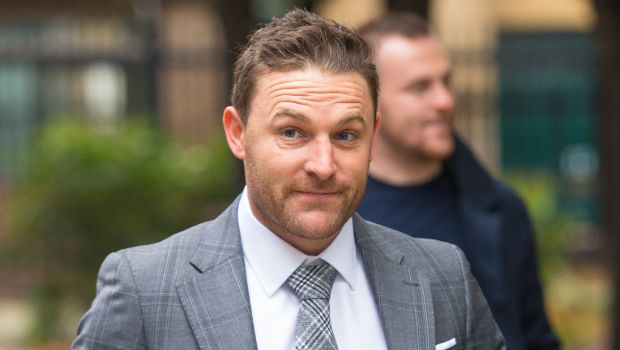 On 18th April, 2008, a storm sent shocking waves into the cricketing world. It was so potent and impactful that it flabbergasted everyone.

In fact, it won’t be wrong to say that it has completely altered the way the game was played. Ladies and Gentlemen, let me introduce New Zealand’s right-handed batsman Brendon McCullum who had sowed the seeds of the Indian Premier League and the tournament is now a gargantuan tree.

McCullum was in a different zone altogether. He had walked out to bat with an intent to decimate the RCB bowlers. The right-hander was like a dinosaur that day and anyone who confronted him was minced into debris. His willow was like a samurai sword, which was on a mission to cut the bowler’s throat.

The talisman went on to make an unbeaten whirlwind knock of 158 runs off just 73 balls smashing 10 fours and clearing the fence on 13 occasions. There was no stopping McCullum as he was relentless and wiped out the RCB bowlers.

Completing their allotted 20 overs was the solitary way that the carnage on the hosts’ bowlers was to stop because McCullum was not going anywhere in the direction of the dressing room till the legitimate 120 deliveries were bowled.

McCullum will prance down the wicket to hit the fast bowlers over their head. He will move in the crease like a dancer who was quick on his feet, to play the most audacious shots. One over his head when he would be on his knees, rings a bell for all the afiniconades.

The shots which were rarely seen on the cricketing field were all on display as thousands witnessed the history unfolding before their eyes. It was some sight, a sight which you store in the special places of your memory.

Not only McCullum catapulted the IPL into the orbit that day but those undefeated 158 runs were going to change his life for the good.

“You talk about sliding doors, and moments in your careers and in lives,” McCullum told kkr.in. “That night, my life changed completely in the space of those three hours or actually, even an hour and a half.

“Why was I the one who got that opportunity to be able to go and face [the] first [delivery] with Sourav Ganguly? How did I get a chance to play in the first game, have the first opportunity to bat in such a huge tournament for world cricket? How was I even able to grab that opportunity? How much luck did I have along the way? Honestly, I don’t know the answers to any of these, but what I do know is that it changed my life forever.”

McCullum blitzkrieg will always be remembered. He was like a dedicated Knight Rider that night and didn’t he punish the poor RCB bowlers? The right-hander made sure the crackers, which had been bursted in the opening ceremony, felt sour as he enlightened the tournament with sparking innings.