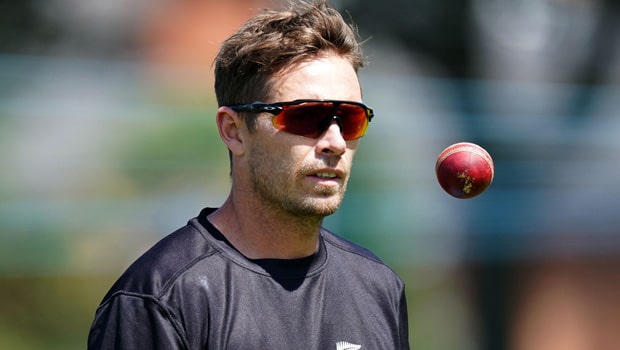 Southee has all the experience under his belt and he returned with impressive figures of 4-0-25-1 and 4-0-26-1 against Pakistan and India respectively. New Zealand has a great mix of fast bowlers and Boult and Southee are known to trouble the opposition batters with their pace and swing. Furthermore, Adam Milne has express pace under his bag and he can breathe down the neck of the opposition batters.

Tim Southee said during the virtual press conference, “A number of guys from different teams in the World Cup have played in IPL this season. It definitely helped us as a bowling group, knowing the conditions and playing on the same surface before the T20 World Cup started.”

New Zealand lost their opening match of the T20 World Cup 2021 against Pakistan but bounced back stronger against India as the Kiwis won by eight wickets after a dominating bowling performance.

The Blackcaps were able to restrict India to a below-par score of 110 runs and delivered the goods. Southee added that they learned from the mistakes they made against Pakistan and bounced back stronger against India.

“Whenever you turn up at an ICC event, the preparations don’t change. You can’t look too far ahead. We learned from the mistakes we made in the defeat against Pakistan and managed to improve in the game against India.”

“We have a busy week ahead of us now, with three games in the next five days. It was a great team effort to defeat a strong Indian side. We are looking forward to playing the next three-day games, which is going to be a different challenge. I have played Scotland a couple of times, but we have all seen that they are an improving and strong side.”

New Zealand has always been a team that has punched above their weight and they have been coming up with consistent performances in the big events. New Zealand will lock horns against Scotland on Wednesday and would aim to continue their good show.