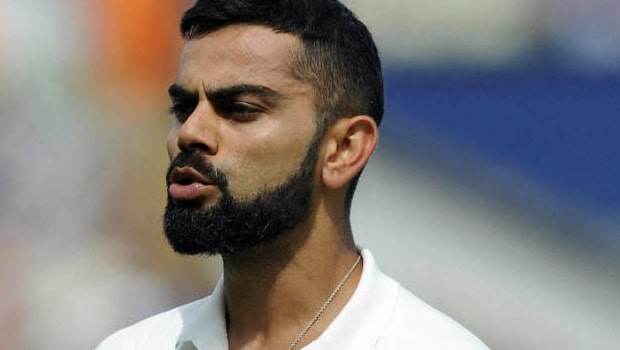 Virat Kohli is on the cusp of breaking one of MS Dhoni’s records as India take on England in the pink-ball Test at Ahmedabad on Wednesday.

The Indian skipper is currently tied with the former Indian captain on 21 Test victories at home. If Kohli manages to win this match, he will go past Dhoni to become India’s most successful captain in home Tests.

However, Kohli said that these records don’t matter much to him as he has good camaraderie and mutual respect for his ex-captain.

“These are very fickle things which probably look great from the outside comparing two individuals and that’s something that people on the outside love to do all the time,” Kohli said while speaking to the media on the eve of the match.

“But that really doesn’t matter to any of us to be very honest because the mutual respect and understanding and camaraderie that we have as teammates or with your ex-captain is something that you hold really close to your heart,” he added.

Kohli made his Test debut under Dhoni’s leadership in 2011. Although he didn’t have the best of starts to his Test career, Dhoni kept his faith in him. He started living up to the promise soon and the rest is history.

Dhoni retired from Test cricket during the tour of Australia in 2014-15. Kohli was handed over the captaincy midway into the tour and he has taken Indian cricket to higher heights since that day.

Kohli also has the best win percentage in Tests among Indian captains and is only third behind Australia’s Steve Waugh and Ricky Ponting.

As far as the ongoing series is considered, it is well poised at 1-1. While England won the first Test by 227 runs, India made a strong comeback with a 317-run win in the second Test. Kohli scored fifties in the second innings of both Tests but the three-figure mark eluded him once again. If he scores a ton in this match, he will break another record as he will go past Ricky Ponting for the most number of international centuries as captain. Currently, both are tied on 41 international centuries as captain.