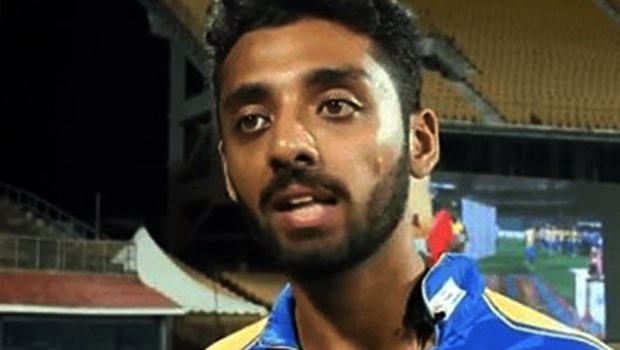 Mystery spinner Varun Chakravarthy was on cloud nine after he came to know that he has been picked in India’s T20I squad for the upcoming tour of Australia. It is a dream come true for the Tamil Nadu spinner and he stated it feels surreal as he wasn’t expecting to get picked.

The Kolkata Knight Riders spinner has impressed with his skills in the ongoing Indian Premier League in the UAE. Chakravarthy has a plethora of arrows in his quiver and he has smartly used each one of them in the IPL.

In fact, Chakravarthy has thus far played a solitary first-class match whereas he has played only 12 T20s in his short career, in which he has scalped 14 wickets. The right-arm spinner has scalped 13 wickets in 11 matches of the tournament thus far and he has bowled with an average of 24.31 and an economy rate of 7.18.

Chakravarthy has bagged the best bowling figures of the ongoing season as he returned with 5-18 against Delhi Capitals recently. The 29-year old spinner has bowled in the right areas and thus he has reaped fruits for the same.

It has been an inspiration story of Varun Chakravarthy who decided to go back to cricket as wasn’t hardly making ends meet in 2015. Five years later, he received a maiden call-up in the national team on the tour of Australia.

“After the match got over I got to know (of my selection into the Indian team). I keep using the same word again and again, it feels surreal,” he told BCCI.tv at the end of the match against Kings XI Punjab on Monday (October 26).

Meanwhile, Varun announced himself at the big stage when he impressed with his skills in the TNPL a couple of seasons ago. Consequently, Kings XI Punjab roped his services for a whopping INR 8.4 crores. However, Varun didn’t have a perfect debut in the IPL as he was clobbered for 25 runs in an over by Sunil Narine.

Subsequently, he shifted base to Kolkata and he has impressed with his skills in the ongoing season of the IPL.

“I pretty much started my spin bowling in 2018, that’s when I got my breakthrough in TNPL, it’s been high and lows – last year, I didn’t get many chances and I injured myself, I’m grateful for making a comeback this year. I have been working hard, but the motivation and faith has come from a lot of people around me,” he said at the post-match presentation during his Man of the Match interview against the Capitals.

“Around 2015, when I was not making a lot of money (the switch from being an architect to becoming a cricketer), was freelancing and wasn’t able to meet my needs, I thought I would do something different, that’s when I turned to cricket. I still do it, I like that as well (being an architect).”

Varun will aim to continue the good show going as he has been phenomenal for KKR. KKR will next face CSK at Dubai on 29th October.