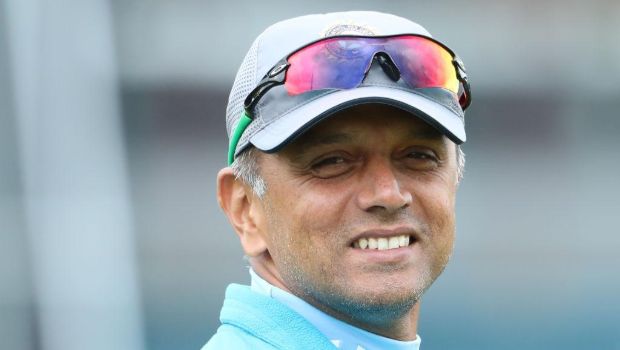 Former Indian wicket-keeper batter Deep Dasgupta is delighted with the appointment of Rahul Dravid as the new head coach of the Indian team.

Dravid has all the experience under his belt and his expertise as a coach is expected to come in handy for the Indian team.

The former Indian skipper has worked with Under-19 and India A teams and he was able to get the best out of them. Dravid has played an instrumental role in guiding these young players on the right track and he has already worked with a lot of players in the past, which will help him in hitting the ground running.

Dravid will look to take Indian cricket to new heights and there is no doubt that he is the right man for the prestigious job. The T20I series against New Zealand will be Dravid’s first assignment as the head coach of the team.

While speaking on his YouTube channel, Dasgupta said: “It is a brilliant move to bring Dravid in as coach. He has had a big line in establishing and developing the current pipeline of players. It is only natural that he works with the players he groomed while coaching India A and U-19. So, it is a very very good choice.”

On the other hand, Bhuvneshwar Kumar hasn’t been in the best of forms in the recent past since he has suffered a back injury. Kumar wasn’t at his best while playing for Sunrisers Hyderabad in the IPL 2021 as he could only scalp six wickets in 11 matches.

Furthermore, the swing fast bowler played a solitary match in the T20 World Cup against Pakistan and as he went wicketless against the arch-rivals, he was dropped from the remaining matches. Kumar is now included in the series against New Zealand and Deep Dasgupta reckons it will be a huge series for the swing master.

“The series against NZ will be a huge one, and a future deciding one for Bhuvneshwar with bowlers like Harshal Patel, Arshdeep Singh, and Avesh Khan coming upto the first team now and pushing their case.”

Bhuvneshwar Kumar has all the experience and he would aim to prove his mettle against the Kiwis. The first T20I between India and New Zealand will be played in Jaipur on November 17.