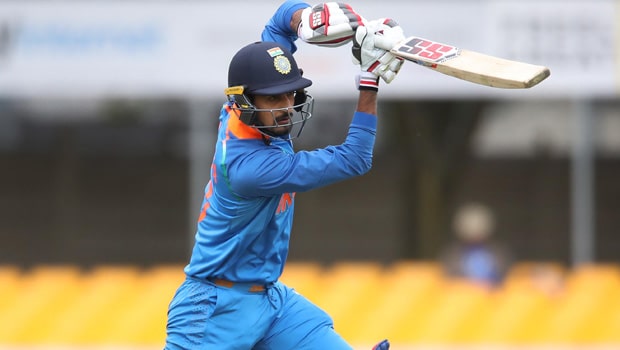 “It is a problem to adapt batting at no.5 or 6,” Indian allrounder Deepak Hooda admits batting down the order is tough

The Indian team will need more batters to chip in with the ball and one of the prime examples of that factor has to be Deepak Hooda who recently picked up four wickets against New Zealand helping India bag the win. However Hooda shared how he looks at himself as a batting allrounder and while batting is a very important and primary aspect, he wants to chip in with the ball aswell.

He recently shared that he is competing for the no.5 position in India’s batting lineup. It has been a good year for him as he had a very good IPL with Lucknow SuperGiants as he scored 451 runs in the team’s maiden year in IPL. Therefore he got picked in the Indian team and also made his International debut across white ball formats. Hooda was also a part of the Indian team that went to Australia for the T20 World Cup.

Whenever Hooda has played in the top order for India’s second string he has looked more comfortable. It is a position where he enjoys batting and it comes to him naturally. He even scored a T20 International century against Ireland earlier this year.

But given the circumstances, Hooda lost his no.3 spot as Virat Kohli came back to the team for the World Cup. Hence when asked about his preferred batting position, the Rohtak born cricketer shared how he is competing for the No.5 position in the Indian team. He highlighted how being an allrounder doing both the things nicely matters the most.

“I am a batting all-rounder, so scoring runs is very important, but I’m working on my bowling as well and want to chip in whenever the team needs me. I have been playing as an all-rounder since my debut, I have worked hard on my bowling over the last three months, even when I’m not featuring in the team,” Hooda told Prime Video ahead of the third T20 game against New Zealand.

The Lucknow Super Giants players was very realistic about his goals as he shared how the No.5 position is where he is competing as a legend plays at No.3 for India. “I would like to bat at 5, we have a legend playing at 3 and I have to be realistic, I can’t get that spot,” Hooda shared.

Hooda has turned up for India 11 times in total and out of that he has played in No.3 in four matches and holds an average of 49 and a healthy strike rate 166.10. He was tried as a finisher in the 2022 Asian Cup and will be tried there once again as the team is looking at more allround options.

But he has struggled in the lower middle order position and have scored successive ducks and his only score above 30 was against West Indies. He recently shared how it is a difficult role to adapt but he is hopeful that he will be able to turn it around. “It’s a problem at times to adapt to batting at 5 or 6, but I have done that role as I am an utility player and need to play according to the situation of the game,” he concluded.