It is hard to get past Jasprit Bumrah – Marnus Labuschagne 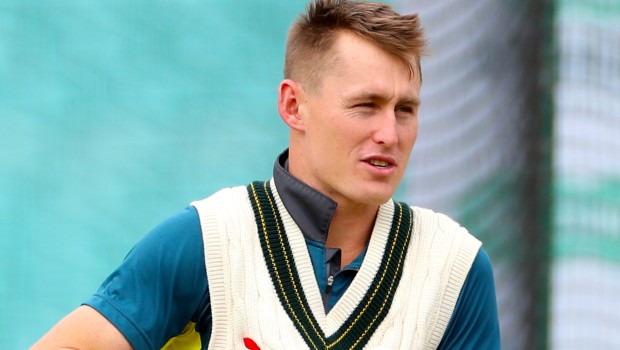 Australia’s talisman batsman Marnus Labuschagne has heaped praise on India’s gun paceman Jasprit Bumrah. Labuschagne reckons it is hard to get past Bumrah as he has the ability to consistently bowl around 140 kmph and swing the ball if the conditions are suitable. Bumrah is also known to angle the ball into the right-hander from wide of the crease and makes it difficult for the batsman with his awkward action.

Meanwhile, Jasprit Bumrah has had a great start to his Test career as he has scalped 68 wickets in 14 Test matches. Bumrah was also the joint highest wicket-taker of the previous Australian tour as he had snared 21 wickets in four Test matches and had played a key role in India’s maiden series win on the Australian soil by 2-1.

Bumrah was at his best in the previous tour and he would like to replicate his success. However, India’s ace paceman will face a stiffer challenge as he will face a potent Australian batting order this time with David Warner and Steven Smith back in the squad. Furthermore, Marnus Labuschagne has shown the right temperament and he is also going to be hard to dismiss for the Indian bowlers.

“They are all good bowlers but it is hard to get past Jasprit Bumrah,” Labuschagne, who has played in one Test against India, told news agency PTI. “He has the ability to consistently bowl around 140 kmph and swing the ball when conditions are suitable. He is also able to angle the ball back in at the stumps. You always want to test yourself against the best. Jasprit is probably the leader of that attack.”

On the other hand, Marnus also has huge respect for experienced Indian seamer Ishant Sharma. The lanky pacer has been at his best in the last two years as he has bowled at the top of his game.

“Ishant has been very good during the last couple of years. Coming over here and angling the ball back into right handers, that would be a good challenge for us also,” he said.

India will play the first Test match against Australia at the Gabba, Brisbane from December 3.