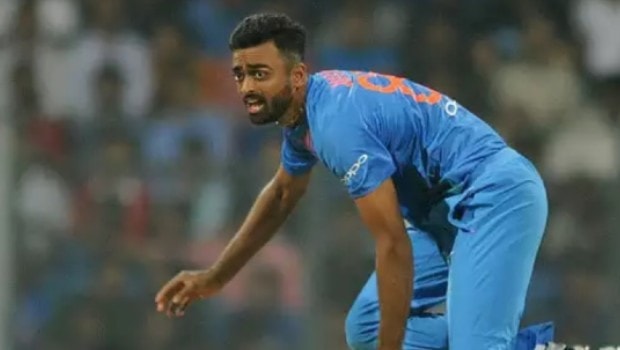 Former India cricketer, Karsan Ghavri, has expressed the feeling that it is high time for the India cricket federation to give left-arm pacer like Jaydev Unadkat the chance to prove himself.

Indian has been without a real potent left-arm fast bowler for a long time with the void left by Ashish Nehra, Irfan Pathan and Zaheer Khan who have retired from the game.

Some have tried to step into their shoes but couldn’t live up to expectations that will help them cement a place in the team, with  Khaleel Ahmed being the last one tried.

Karsan, who is also a left-arm pacer, said it time for the Indian team management to try Unadkat for the role.

Unadkat recently captained Saurashtra to the maiden Ranji Trophy after defeating Bengal in the final. With 67 wickets in 10 matches, the left-arm pacer was the highest wicket-taker in the Ranji Trophy 2019-20 season, where ho got five five-wicket scalps.

Karsan, in an exclusive interview with Timesofindia.com, described the way Unadkat bowled and captained his side to victory in Ranji Trophy as extraordinary. He added that he deserves a call up into the national team with his performance in the tournament.

The last time Unadkat played his only one Test for India was in 2010 against South Africa- in a game where he couldn’t take a wicket. The then 19-year-old conceded 101 runs in 26 overs. He also has 7 ODIs for India, with the last coming in 2013 against the West Indies in Kochi and ten T20Is with the last game coming in 2018 against Bangladesh in Colombo.

While noting that India has tried many left-arm pacers after Zaheer, Karsa suggested that the best option to fill the void is in-form Unadkat.

He, therefore, called on the Indian captain, Virat Kohli, coach Ravi Shastri, and the selectors to sit and select the best Indian team.