Home » Cricket » It seemed like he was playing those shots under pressure: Harbhajan Singh on Cheteshwar Pujara’s knock

It seemed like he was playing those shots under pressure: Harbhajan Singh on Cheteshwar Pujara’s knock 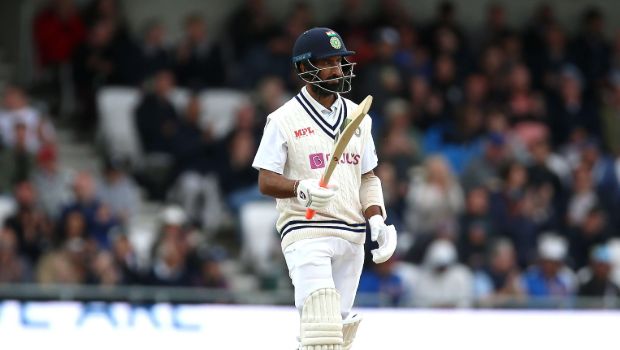 India’s spinner Harbhajan Singh believes Cheteshwar Pujara was playing his shots as if he was under pressure. Pujara played a fine knock of 91 runs but surprisingly he played in an aggressive manner as he scored his runs at a strike rate of 48.15 and faced 189 balls.

Pujara’s intent at the crease has come under scrutiny on many occasions but he was able to hit the ground running in the second innings of the Leeds Test. In fact, Pujara also brought up his fifty with a pull shot, which he hardly plays.

Pujara also rotated the strike at regular intervals which was good to see as he can get bog down at one end. However, overall it was an uncharacteristic knock from India’s no.3 as he adopted an aggressive approach.

Meanwhile, Pujara is well known to take his own time at the crease and the Turbanator was surprised to note the right-hander’s aggressive approach.

Harbhajan Singh said while speaking to YouTube Channel, ‘I never saw this side of Pujara before. It seemed like he was playing those shots under pressure. Even heard that he was told to score at a quicker rate, that he is taking too much time to get runs. He has achieved success because of his style of play because he makes the ball older, but in England even though the ball is old, it continues to swing.”

“It’s different in Australia, there the old ball does not do anything. He was able to score enough runs with the new approach, but I don’t think he will be able to score like this consistently.”

On the other hand, Virat Kohli, Cheteshwar Pujara, and Ajinkya Rahane haven’t been at their best. The trio has averaged in the mid-20s in the last two years and the middle order hasn’t delivered the goods.

‘The average of the Indian middle-order which is even less than 30 now is a worrying sign. These are good enough conditions to score runs, but even here runs are not coming. It may be because of lack of practice, were the practice games enough? Because the team had a lot of time. If India needs to play good cricket as a team, the average must be around 40s and 50s.”