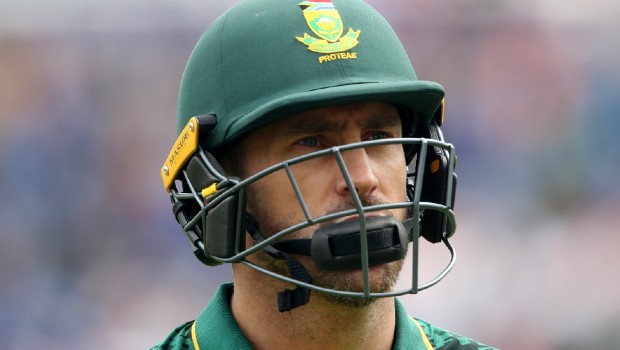 Former South Africa captain Faf du Plessis recalled the ODI series in which his team was outplayed by India in 2018. South Africa had won the three-match series against India by 2-1 but the visitors bounced back in style to win the ODI series. India obliterated the Proteas by 5-1 and du Plessis felt it was like men taking on boys. In fact, India also went on to win the T20I series by 2-1.

The former skipper recalled that South Africa’s main players were ruled out of the series and it led to their downfall against a potent Indian team. Faf du Plessis and Quinton de Kock had suffered injuries inthe series and thus South Africa were not at their best.

On the other hand, the Indian captain Virat Kohli was at his absolute best in the ODI series. Kohli amassed 558 runs in six matches at a staggering average of 186 and scored three centuries in the six-match series.

“In the one-dayers we had 3 or 4 big injuries. I broke my finger, Quinton got injured and I think Hashim got injured. So, basically our batting line-up was gone. And then India bulldozed all over us, they beat us 5-0. It was men taking on the boys. They were just too good in that series,” Du Plessis said on the Sony Ten Pitstop Show.

Meanwhile, Faf du Plessis also revealed that he didn’t want Jasprit Bumrah to make his Test debut against them. Du Plesssis was aware of Bumrah’s skills as he had played against him in the limited overs series and the IPL.

Bumrah was able to hit the ground running in his maiden Test series as he scalped 14 wickets in three Test matches at an average of 25.21. The right-arm pacer was instrumental in India’s win in the third Test as he took his maiden five-wicket haul in the Test matches. Faf du Plessis likened Bumrah with England’s gun pacer Jofra Archer.

“Bumrah made his debut in that Test series. We were actually hoping that he doesn’t make his debut. Because I knew how good he was. He has got that beautiful wrist that is quick on you, almost like Archer. They are similar type bowlers. Their fast bowlers were really good.

India had fought tooth and nail against South Africa in the Test series. South Africa had won the first by 72 runs whereas the hosts won the second by 135 runs. India then went on to win the dead rubber by 63 runs and it was an evenly fought series.