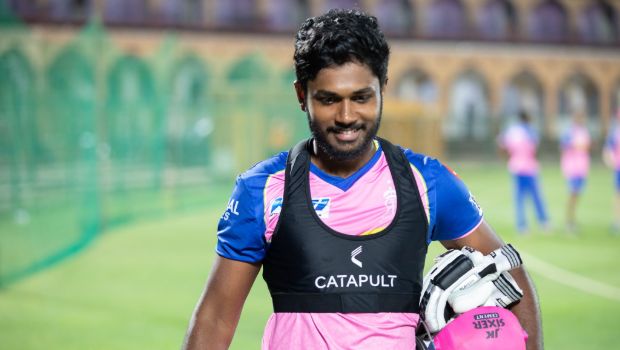 India’s wicket-keeper batsman Sanju Samson was disappointed after the national selectors ignored him for the T20 World Cup squad.

Samson feels as the T20 World Cup selection is now done, he can concentrate more on leading Rajasthan Royals in the IPL.

Meanwhile, Samson hasn’t been consistent enough whenever he has played for the national team. The flamboyant batsman also could not grab his opportunity in the white-ball series against Sri Lanka. Samson has scored only 117 in 10 T20Is for India.

On the other hand, Samson has played some breathtaking knocks in the IPL. It is known that Samson has a lot of potential to go a long way in his career but he hasn’t quite grabbed his chances.

Thus, Samson was ignored by the national selectors, and Ishan Kishan, who has impressed while playing for Mumbai Indians in the IPL has been selected as a back-up keeper. Rishabh Pant is expected to keep wickets for the team in the World Cup.

“Now that India’s selection for the T20 World Cup is done, at least that will not be a distraction any longer and I can now devote all my focus and energies towards the IPL. I will confess that it was very disappointing to not be selected. Playing for India and playing in the World Cup is a great dream for all players and I was very much looking forward to that. As the cliché goes, selection is not in a player’s control, so it is very important to stay focused on what you can control and where you are as a player. You need to have that maturity in your thinking,” Sanju Samson told ESPNcricinfo in an interaction.

Meanwhile, Rajasthan Royals won three matches out of the seven they played in the first phase of the IPL. Samson added that his team will go for the kill and they are going to play aggressively in an attempt to qualify for the playoff stages.

“Last year in the UAE we finished eighth. So any improvement would be good. But in my first huddle with the Royals family this year I made it clear that while the goal is to win the championship, we need to focus on our process, on our preparation, and take it one match at a time. We give everything out there. I don’t mind if we end up at No. 8 again, but I want everyone to go all out. No matter who the opposition is, I want to see that attitude in your eyes and your body language. We are going for the kill – die or win. As simple as that. No one is holding back. I said that I wanted that commitment from each and everyone,” added Sanju Samson.

The RR skipper added that the goal is not only to qualify for the playoff stages but also to win the championship.

“We are a young IPL team and the brand of cricket I want my team now to play is to fight and succeed. Of our remaining seven matches this season we have to win as many as possible. The goal is not to qualify for the playoffs but to win the championship,” the skipper concluded.