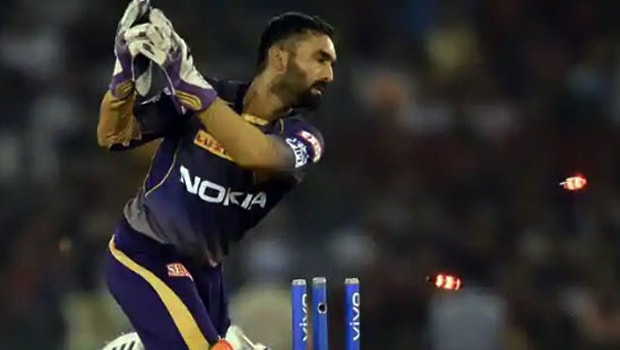 India’s out of favour batsman Dinesh Karthik feels it will at least take him four weeks to attain match fitness. Karthik stated that it is imperative to take one step at a time and one should not rush into training. The wicket-keeper batsman believes it is crucial to focus on quality first and then increase the quantity and then the intensity in the training sessions.

As the players have not done any sort of training in the last three months, Karthik feels that the body is in ‘zombie mode’. Meanwhile, the cricket pundits feel that the bowlers will take longer to find their rhythm than the batsmen. The fast bowlers might require six weeks of training to be match ready.

On the other hand, the Ministry of Health Affairs has given a green light to reopening of stadiums and thus the players can once again train outdoors.

Karthik was quoted as saying by ESPNCricinfo, “I think the transition will be very tough. I think at least a minimum of four weeks, you need to start slowly, first it will be quality and then slowly increase the quantity and then the intensity.”

He further added, “Right now the lockdown has eased a lot in Chennai, so you can get permission and go and practice, so I am planning to do that but I will do it gradually … the body has been completely in zombie mode, with me sitting at home and not doing much.”

Meanwhile, Dinesh Karthik has not played for the national side after the semi-final loss against New Zealand in the 2019 World Cup. He was dropped from both ODI and T20I sides. In fact, dropping Karthik from the ODI side seemed logical as the selectors wanted to give chances to the young generation.

However, Karthik’s performances in the T20I version were up to the mark as he was providing the finishing touches to the side. Karthik was scoring his runs at a healthy strike rate and he deserves to be part of the T20I side but he hasn’t received any opportunities. In his last 19 T20Is, the right-hander has scored 228 runs at an average of 45.60

Consequently, Karthik would like to make a roaring comeback and hit the ground running. The Tamil Nadu veteran will lead Kolkata Knight Riders in the upcoming season of the IPL, if the tournament takes place. The IPL has been indefinitely deferred but there are chances that the tourney can take place in the October-November window.