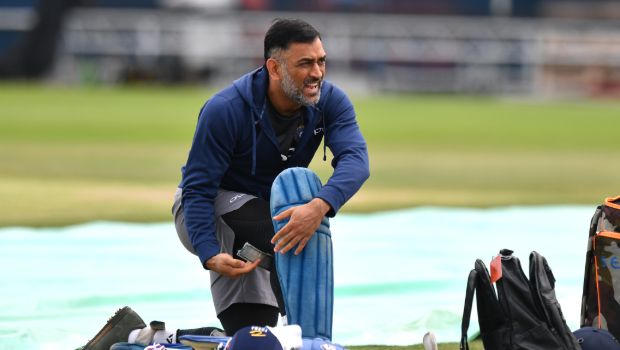 Rajasthan Royals wicket-keeper batsman Sanju Samson reckons it will be a massive responsibility to replace legendary MS Dhoni in the Indian team.

The former Indian captain recently decided to hang his boots from International cricket on August 15.

Meanwhile, Indian team has played without the services of MS Dhoni in the last one year. Rishabh Pant was initially backed by the team management but the southpaw could not grab his opportunities in the limited overs format. However, KL Rahul has sealed his place in the white ball side after impressive performances against Australia and New Zealand.

On the other hand, Samson has played only four T20I matches for the national team. Samson feels it is going to be a huge task to fill in the big shoes of MS Dhoni.

Samson had a fine start to the ongoing IPL season as he scored a majestic knock of 74 runs against MS Dhoni’s CSK and once again impressed one and ball with his extravagant strokeplay.

Samson scored nine sixes in his knock as he timed the ball to perfection. Thus, Samson is hopeful that a good IPL season can help him cement his place in the national team.

“Every country hopes their wicketkeeper can somehow turn out to be like Dhoni. In India, we have some really good wicket keeper-batsmen. There is healthy competition both in the India side and domestically. Whoever comes in knows what a massive responsibility it is. (The choices) is a good headache for the team to have. For me, it’s a good position to be in because the competition forces you to improve,” said Sanju Samson while talking to Hindustan Times.

Meanwhile, MS Dhoni was a complete package and many cricket pundits believe it would be impossible to replace him or even find a player like him. Dhoni served the Indian cricket for a long period of 15 years and did a fine job as a captain, wicket-keeper and finisher.

On the other hand, Sanju Samson has shown the skills to go a long way in his career. Samson has a solid technique and he plays with the right balance. Hence, there is hardly any chink in his armour. Samson will like to keep coming with consistent performances in the IPL to get more chances in the national team.

Rajasthan Royals will play their next match against Kings XI Punjab on 27th September at Sharjah Cricket Stadium.