It will be a tough battle with Virat Kohli – James Anderson 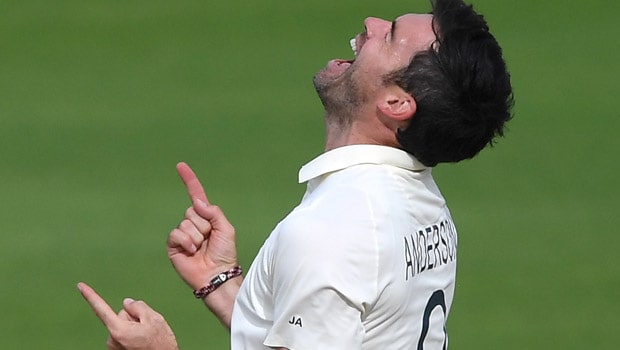 It is always an exciting battle when the best takes on the best at the top level. James Anderson vs Virat Kohli is one such battle. Anderson had dominated Kohli when India had toured England back in 2014, as the swing master had dismissed the right-hander on four occasions. Kohli had a horrid series as he could only manage 134 runs in five Test matches.

Anderson had dominated Kohli as he had got the ball to swing outwards. The right-hander had chased down the ball on the fifth stump channel and the slips had come into play.

However, the Indian captain was able to turn the tables in 2018 as he amassed 593 runs to finish as the leading run-getter of the series. The talisman had scored two centuries and three fifties as he had batted at the top of his game. In fact, Anderson was not able to dismiss Kohli on a solitary occasion in that series.

Kohli was a completely different batsman in 2018 and dominated the England bowlers with aplomb. He was able to leave with confidence and it played a key role in his success.

“It’s always tough bowling against batsmen of that quality,” Anderson told the Test Match Special podcast on Friday. “Obviously, I’ve had some success against him (Virat Kohli) in 2014 and then he came back a completely different player in 2018 and it was incredible. It will be a tough battle in that respect, but that’s something I do enjoy against the best players. As a bowler, you want to get the best players out.”

Virat Kohli has come a long way in his career and he has dominated the best bowlers in the world. Kohli has been super consistent in all the three forms of the game and he is the solitary batsman to have an average of more than 50 across the formats.

On the other hand, James Anderson recently scalped 600 Test wickets and became the first fast bowler to get to the landmark when he took the wicket of Azhar Ali. Anderson was currently doing commentary in the ongoing three-match T20I series between England and Pakistan.

Meanwhile, England is all set to tour India in February 2021, BCCI president Sourav Ganguly had confirmed recently. Subsequently, India will also tour England in July-August 2021. As Anderson has made it clear that he wants to play till the next Ashes in 2021, it would be another barn burner between him and Virat Kohli.