Home » Cricket » It will be an acid test for Rahul Dravid: Reetinder Sodhi on upcoming tour of South Africa

It will be an acid test for Rahul Dravid: Reetinder Sodhi on upcoming tour of South Africa 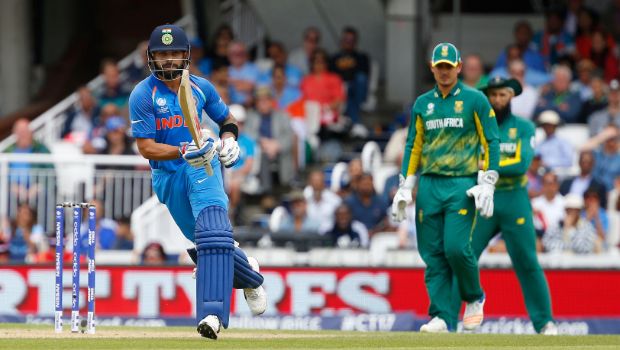 With controversies riffing between Indian captain Virat Kohli and BCCI President Sourav Ganguly, Sodhi reckons Dravid will have his work cut out to get the best out of the team after such tense controversies.

Ganguly recently stated that he likes Virat Kohli’s attitude but he fights a lot after the captaincy saga. Meanwhile, Rahul Dravid was able to start his coaching stint with a 3-0 clean sweep against New Zealand in three-match T20I series. Subsequently, India defeated the Kiwis in the second Test match at Mumbai to claim the series 1-0.

Reetinder Singh Sodhi said while talking to India News, “He has a bigger challenge because of the recent controversies that have happened, to uplift the team after that. It is an acid test for Rahul Dravid. If we talk about Rohit and Virat, to make them stand together and get the partnership back, if there is a difference of opinion between them, so Rahul will be addressing that first.”

Meanwhile, South Africa has a potent bowling line-up as they have fast bowlers like Kagiso Rabada, Anrich Nortje, and Duanne Oliver, who all can trouble the tourists with their extra pace.

“And this tour which will be in different conditions, how our batters excel in South Africa. South Africa has a good bowling lineup and Rahul Dravid will have to work a lot there.”

In fact, India is yet to win a Test series in the South African conditions and the visitors will aim to create history in the upcoming series. Sodhi believes Rahul Dravid’s respect as coach will manifold if India goes on to win against the Proteas.

“We have done well in the home series but now is the acid test. If Rahul can get his team to do well here, the great respect he has in the entire world as a player, it will grow a lot as a coach also. So yes, a big test for Team India and a very big Test for Rahul Dravid.”

“The sort of team we have and the way Rahul Dravid encourages them, the way he is balanced, I feel India will definitely hand a big defeat to South Africa in their own backyard.”