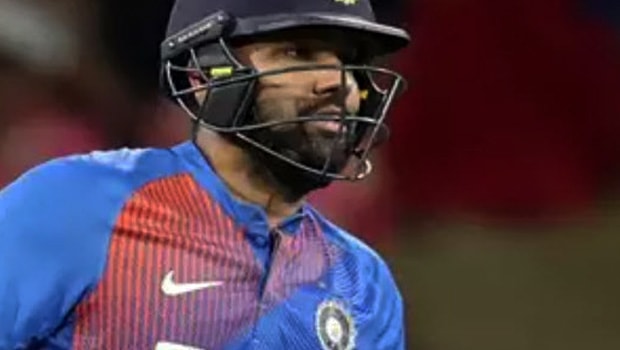 Former Indian opener Gautam Gambhir feels it would be a loss of Indian cricket if Rohit Sharma isn’t made T20I skipper. Rohit led Mumbai Indians to glory for the fifth time after his team defeated Delhi Capitals by five wickets at Dubai International Cricket Stadium on Tuesday.

Rohit is the most successful IPL captain as he has done a fine job while leading MI. The right-hander was given the captaincy baton of the franchise back in 2013 after Ricky Ponting couldn’t deliver the goods. Rohit led the team to their first title and he hasn’t looked back since then.

MI have won five IPL titles in the last eight years and they have been the most consistent team in the IPL. On the other hand, if the comparisons are to be made, Virat Kohli was also handed over the captaincy mantle of RCB back in 2013 but he is yet to lead the franchise to championship.

Furthermore, former England skipper Michael Vaughan also believes Rohit Sharma should be appointed as India’s T20I captain and it would also give a breather to Virat Kohli, who leads the team in all the three formats of the game.

“If Rohit Sharma doesn’t become India’s captain, it’s their loss, not Rohit’s,” Gambhir told ESPNcricinfo’s T20 Time Out programme. “Yes, a captain is only as good as his team and I completely agree with that, but what are the parameters to judge a captain on who is good and who isn’t? The parameters and benchmark should be the same. Rohit has led his team (MI) to five IPL titles.”

“We keep saying MS Dhoni is India’s most successful captain. Why? Because he has won two World Cups and three IPLs,” Gambhir said.

“Rohit has won five IPL titles, he is the most successful captain in the history of the tournament. Going forward, it’ll be a shame if he doesn’t get India’s white-ball or just T20 captaincy.

Rohit Sharma is known to lead with a calm mind on his shoulders and he has got the best out of the players in Mumbai Indians. In fact, Rohit has a 100% record in the IPL final as the MI captain. Furthermore, the talisman has also delivered the goods as a batsman. Rohit scored a match-winning knock of 68 runs to help his team chase down 157 against DC.

Rohit has always impressed with his leadership skills and he had also led the Indian team to wins in the Nidahas Trophy and Asia Cup.