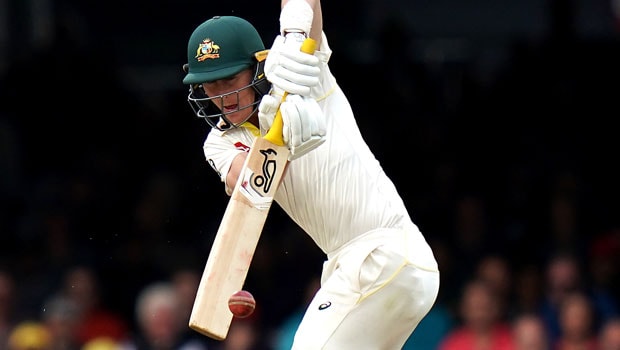 Australia’s batsman Marnus Labuschagne stated that it would be disappointing if India don’t tour Down Under later in the year. India is scheduled to tour Australia for three T20Is, as many ODIs and four Test matches. The three T20Is are expected to be played before the T20 World Cup, which is planned to begin from October 18.

However, the current situation of the coronavirus has put the hosting of the T20 World Cup as well as the India tour under scrutiny. Furthermore, it is well known that Cricket Australia is set to incur heavy monetary losses if the Indian board cancels the tour due to the pandemic. Cricket Australia has also secured a loan of $50 million as safety cover if India’s tour is cancelled.

On the other hand, Australian government has managed to keep the coronavirus in check. The country has thus far reported 6800 cases in the country whereas less than 100 people have lost their lives.

Labuschagne said in an online press conference,, “Well it would mean that we are not playing cricket which is pretty devastating for myself, the rest of the team and for the country.”

“Australia has done very well with the quarantine and isolation, so we’ve been able to get our number down relatively quickly. With a limited amount of deaths and our healthcare system has been so good during this time,” he said.

“Hopefully because of all that good work we can actually get India over here in 3-4 months or 4-5 months,” he said.

Labuschagne understands that it is hard to predict anything right now as there is a lot of uncertainty. It would be interesting to know how things will pan out and the upcoming cricket action will depend on how the situation improves in the coming time.

“Everything is changing so quickly so it’s really hard to put my finger on how everything’s going to pan out. Hopefully it does pan out well but if it doesn’t it will be very disappointing.”

Meanwhile, Marnus Labuschagne had got off to a dream start in his Test career. Labuschagne took giant strides as he showed the right temperament in his batting. The right-hander jumped to the third place in the ICC Test rankings after having a stellar 2019.

The promising youngster scored 1104 runs in 11 Test matches at an impressive average of 64.94 to finish as the leading run-getter of the year. Thus, Labuschagne was named as one of five Wisden cricketers of the year. Subsequently, the right-hander will look to continue his good form going whenever he gets back on the cricket field.