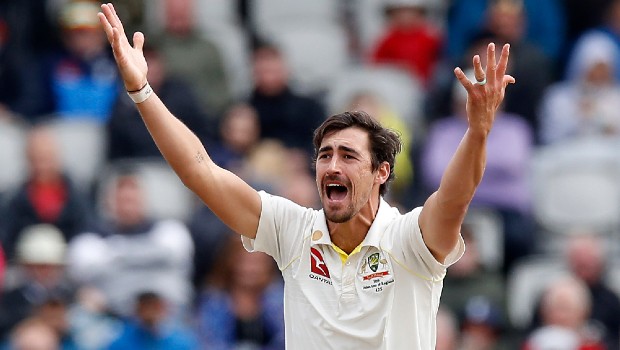 Australia’s quick Mitchell Starc is eagerly waiting to play the pink-ball Test match against India. The Virat Kohli-led team had refused to play a pink-ball Test against Australia on the 2018-19 tour as they first wanted to play it in their own conditions. As per the latest reports, the BCCI has agreed to play a pink ball Test on the forthcoming tour of Australia later in the year.

India will play four Test matches on the tour and one of them will be a day-night affair. On the other hand, Australia have a great record in pink-ball Test matches while playing in their own conditions and thus it would be a great test for the Indian team.

The pink ball moves more as compared to the red ball and thus provides assistance to the fast bowlers. Starc feels that there is a balance between bat and ball when they play with the pink ball.

“I think absolutely a pink-ball Test in the series against India is a great thing,” Starc was quoted as saying by cricket.com.au.
“The fans love it, I think it creates a different aspect to the contest, bat and ball are closer together in that contest.
“India played a pink-ball game in India so they’re not completely foreign to it,” he added.
Starc has a brilliant record in the day-night Test matches as he has scalped 42 wickets in seven games at an impressive average of 19.23. The left-arm pacer is well known to wipe out the tail and he has done a fine job for Australia.

In terms of an advantage, if you like, we do have a good record at home with the pink ball,” said Starc.
“That might come into a home-ground advantage and it’s no different to us going to India and they’ve got the advantage there.
“It’d be great to have a pink-ball contest in that series and from the little bits I’ve seen and heard, India is very much open to that as well so that’s fantastic,” he added.

Meanwhile, Mitchell Starc didn’t have the best of series against India in 2018-19. The southpaw pacer scalped 13 wickets in the four Test matches at an mundane average of 34.53. Hence, Starc would aim to turn the tables in the upcoming series.

Overall, Starc has played 57 Test matches in which he has snared 244 wickets at an average of 26.97. However, Starc’s record against India isn’t that impressive. The 30-year old gun pacer has bagged 31 wickets in 11 Test matches versus India at a paltry average of 36.19.