Home » Cricket » It’s a long journey ahead over the next 10 months, says Rahul Dravid after India’s commanding series win against New Zealand

It’s a long journey ahead over the next 10 months, says Rahul Dravid after India’s commanding series win against New Zealand 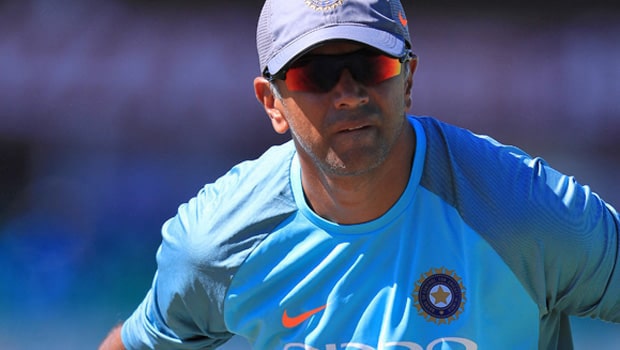 India registered a comprehensive series win against New Zealand by a 3-0 scoreline on Sunday as they won the third and final T20I of the series at Eden Gardens by a massive margin of 73 runs.

It was skipper Rohit Sharma’s fifty that gave India the impetus early in the match. India lost their way in the middle as they lost quick wickets. However, their innings was resurrected by some valuable cameos from the lower order, mainly by Harshal Patel (18) and Deepak Chahar (21*). That helped India in posting a total of 184/7 on the board.

New Zealand needed to get off to a good start in response but Axar Patel broke their back right in the powerplay as he picked up three wickets. The Kiwis never recovered from that jolt and were ultimately bowled out for 111 with 16 balls to spare in the innings. This came as a great relief, both for the team and the fans, after their heartbreak against the same team in the T20 World Cup.

However, newly appointed head coach Rahul Dravid believes that they need to keep their feet on the ground as there is still a long way to go over the next 10 months before they enter another edition of the T20 World Cup in Australia.

“It was a really good series win. Everyone played really well right through the series. It feels good, nice to start well,” said Dravid during the post-match interview.

“We are also quite realistic. We have to keep our feet on the ground and be a bit realistic about this win. Not easy for NZ to play a World Cup final and then to turn up three days later to play three games in six days, was never going to be easy for them. Nice from our perspective but we have to learn from this series and move forward. It’s a long journey ahead over the next 10 months and we’ll have our share of ups and downs,” he added.

Dravid also heaped a lot of praise on the youngsters and the newbies in the squad. Venkatesh Iyer and Harshal Patel got a chance to make their debut for India in this series and they showed a lot of promise and potential.

Iyer played some valuable cameos in the three matches and also picked up a wicket in the last match. Harshal picked up four wickets in the two matches he played and also played a good cameo of 18 when the team needed it the most.

“It’s been really good to see some of the young guys come through. We have given opportunity to some of the boys who haven’t played a lot of cricket over the last few months. We have seen some of the skills available to us and we have to keep building on those skills as we go forward,” Dravid said.

India will now move on to the Test leg as they lock horns with the Kiwis in a two-match series, starting with the first Test in Kanpur on November 25.