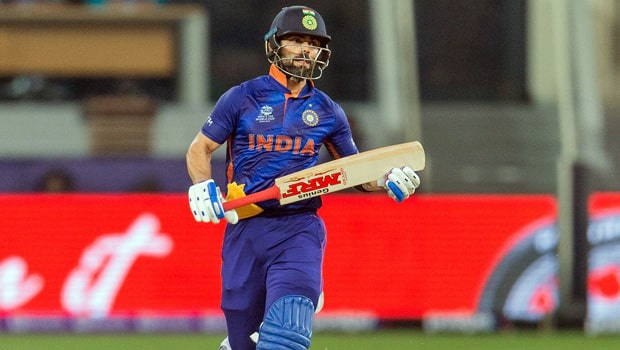 Virat Kohli had announced well in advance that he would be relinquishing the duties of the Indian T20I side after the T20 World Cup. Unfortunately, the World Cup campaign ended on a sour and early note for the Men in Blue who were eliminated from the Super 12 stage itself.

Ahead of the toss against Namibia, Kohli mentioned that along with Rohit Sharma, he would continue to be the leading voice in the team as well as the dressing room. “I’ve been immensely proud of the team and thankful for the opportunity to lead the format for so many years. Now, it’s time for the next lot to take this team forward. Rohit is here obviously. He is overlooking things for a while now and we’ll always be the leaders in the dressing room.”

Kohli will continue to play as a batter in the shortest format of the game. The last couple of years have been a blip in the radar for the 33-year-old. From scoring centuries for fun to awaiting the 71st ton for two years describes the drop in form that Virat Kohli’s immaculate consistency is going through at the moment.

Virat took charge of the T20I side in 2017 and has led them to unprecedented heights. In 50 games with him as leader, the Men in Blue have only lost on 16 occasions. Although he would’ve loved to part ways with the leadership by delivering the T20 World Cup on his very first attempt, it wasn’t meant to be.

Kohli mentioned that captaining the side in the shortest format of the game has been an honour for him. He also wishes to focus more on the longer formats of the game.

“It’s been an honour for me. I was given the opportunity and I’ve tried to do my best. As I’ve said before, it’s also time for me to create some space and prioritize moving forward. Unfortunately, the shortest format of the way has to give way to the longer formats. I’ve been immensely proud of the team and thankful for the opportunity to lead the format for so many years,” Kohli added.

In a move that almost symbolizes his captaincy, Kohli dropped himself down the order to let Suryakumar Yadav come in and enjoy some good memories from the World Cup in the last match against Namibia.

Speaking at the post-match presentation ceremony, he said, “Suryakumar Yadav didn’t get much time to bat in this World Cup, it’s his first WC so giving him an opportunity to bat for having him some good memory from this World Cup.”