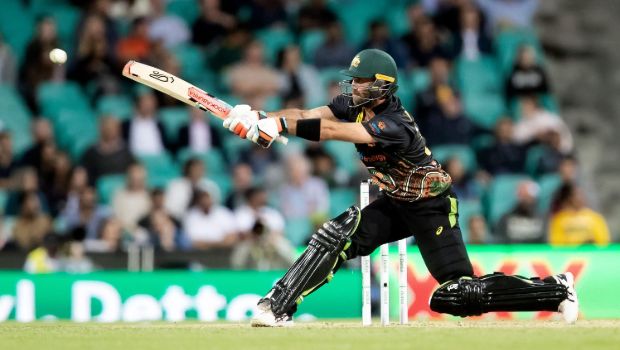 Australia’s all-rounder Glenn Maxwell has expressed optimism to represent the national team in Test cricket again. Maxwell has been in good form in the recent past in limited-overs cricket and feels confident about his game to make a return to the pristine form of the game.

Meanwhile, Maxwell played his last Test match for Australia four years ago back in 2017 against Bangladesh. The right-hander has thus far played seven Test matches in which he has scored 339 runs at an average of 26.08. Maxwell had made his Test debut against India back in 2013.

On the other hand, Maxwell has been in red-hot form in the recent past as he amassed 513 runs in 14 innings for RCB at an impressive average of 42.75 and a whirlwind strike rate of 144.10. Thus, he is high on confidence and would want to carry the same form in the red-ball version.

“It’s definitely realistic. I think I am probably playing as well as ever have at the moment. I feel really good about my game. I have been able to work on different techniques for different formats, which has really helped going forward. I have been in constant contact with selectors and they have been really clear about if opportunities do pop up then I am ready for red ball,” Maxwell stated, as quoted by Perth Now.

Maxwell has set his sights on the upcoming sub-continent tour for Australia in 2022. Australia will tour Pakistan for a three-match Test series in March 2022 and Maxwell will look to grab his chance if he gets picked in the squad. Furthermore, Australia will also tour Sri Lanka and India in 2022.

“Next year is obviously a heavy sub-continent tour year. There could be opportunities with guys coming in and out. There is a lot of cricket next year, you don’t want to burn guys out through the season so there could be a host of changes. So I have to make sure I am playing well when they pick those squads in any format.”

Meanwhile, Australia will begin their Ashes defense against England at the Gabba, Brisbane from December 8 under the leadership of Pat Cummins.