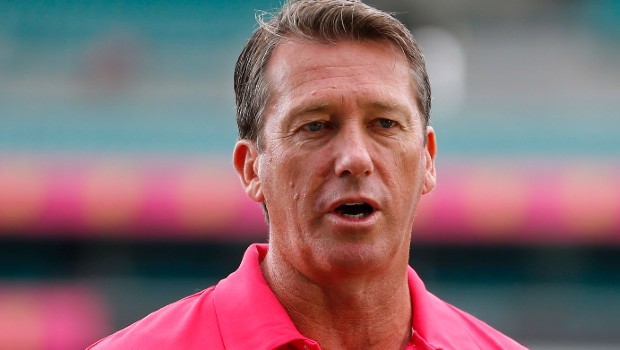 Former legendary Australian fast bowler Glenn McGrath has heaped praise on England’s spearhead James Anderson, who scalped his 600th wicket against Pakistan in the third Test at Ageas Bowl, Southampton. Anderson got extra purchase from the surface as one ball kicked off from a length to take the outside edge of Pakistan’s captain Azhar Ali’s bat.

With it, James Anderson wrote his name in the history books as he became the first fast bowler to take 600 Test wickets. Glenn McGrath who is the second highest wicket-taker in the Test fold with 563 wickets, stated that James Anderson has raised the fast bowling bar like Sachin Tendulkar did for batting.

Anderson has been a consistent performer and he has done a fine job for England. The fast bowler has always had the skills to swing the ball both ways and he has got better with experience.

The focus these days has shifted to the shortest format of the game and it is never easy for a fast bowler to have a long career as they are more prone to injuries.

Anderson has kept himself at the top of his fitness and he is still fit as a fiddle at 38. Furthermore, he has got a smooth action which has helped in the longevity of his career. He made his debut back in 2003 against Zimbabwe at Lord’s and since then he has been an integral part of the team.

“He’s set the bar a bit like Sachin has,” McGrath told the BBC. “No one is ever going to catch Sachin in test cricket for the amount of runs he’s scored (15,921) and the matches he’s played (200). Jimmy’s done the same for fast bowling. I didn’t have the skill level Jimmy has. When he’s swinging that ball, both ways, in control, there’s no one better,” he added.

Anderson became the first fast bowler to climb Mt. 600 and many cricket boffins reckon that he might be the last one to do so in contemporary cricket. With such a hectic schedule, it is going to be almost impossible for any fast bowler to play more than 130 Test matches.

Ergo, Anderson could be the last breed of fast bowlers who has played more than 150 Test matches and has taken 600 wickets and counting.