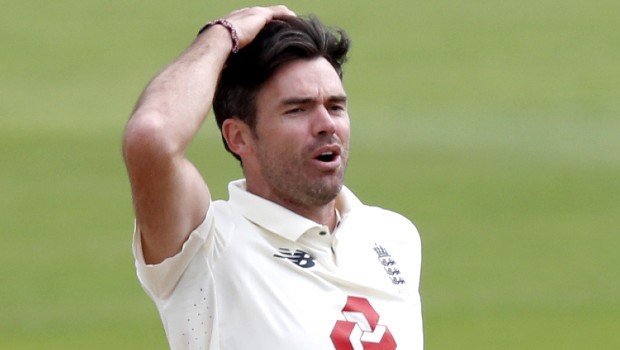 England head coach Chris Silverwood is full of praise for the team’s pack leader James Anderson. The veteran fast bowler is on the cusp of major record as he would become the first fast bowler to take 600 Test wickets. Anderson is on 599 Test wickets and he would get his chance to reach Mt. 600 if the weather stays clear on the final day of the Test match.

The England spearhead was at his best in the first innings as he scalped his 29th five-wicket haul in the Test fold. However, Anderson hasn’t had the rub of the green on his side as his fielders have let him down. Four catches have been dropped off Anderson’s bowling in the ongoing Test match as England have been poor in the field.

Meanwhile, Anderson scalped his 599th scalp when he plumbed Abid Ali in front of the wickets on day four of the Test match. The fast bowler has been right on the money and he has breathed down the neck of the opposition’s batsmen.

“We’re all aware of the milestone Jimmy is looking at but he’ll get there. Hopefully we’ll see it. It would be brilliant to see Jimmy get over the line. He’s an inspiration, isn’t he? 600 Test wickets. Wow,” Silverwood was quoted as saying by ‘Sky Sports’.

“He’s worked so hard to do it and he’s brilliant around the place. He’s constantly helping the other bowlers. It’s just superb to have one of the best in the world sit in your dressing room and play for your country,” Silverwood added.

Only three bowlers have gone past 600 Test wickets and all of them have been spinners. Anil Kumble had scalped 619 wickets whereas Muttiah Muralitharan snared 800 Test wickets and Shane Warne had taken 708 wickets in his illustrious career.

So far, no fast bowler has taken 600 Test wickets and Anderson would be the first one to do so. The England’s pack leader has been a huge servant for his country and he is going strong. Anderson had recently stated that he wants to keep going till the next Ashes in 2021.

Anderson is going strong at 38, which goes to show his fitness. It is not easy to have a long career as a fast bowler as they are always prone to injuries but Anderson’s fitness and smooth action has helped him to play 156 Test matches. Anderson would be eyeing to make history on the final day of the Test match.