Jason Holder is the most under-rated all-rounder – Sachin Tendulkar 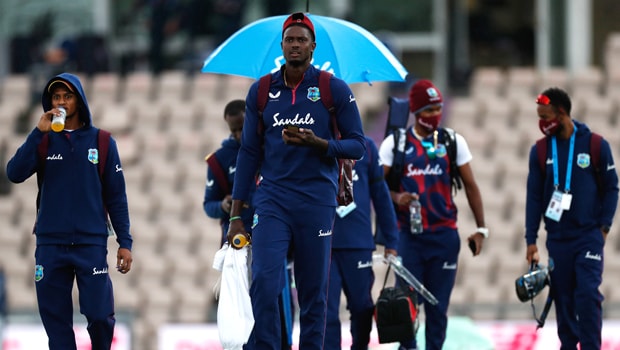 Former Indian legendary batsman Sachin Tendulkar has rated West Indies Test skipper Jason Holder as the most under-rated all-rounder of the current era. Holder is not generally the ‘holder’ of many eyes but he does his job quietly. The right-arm pacer contributes with the ball and he can get the swing both ways.

On the other hand, Holder has an immaculate batting technique and he gets the crucial runs while batting down the order. The right-hander has been doing his job with great success for the West Indies and he has also led the team with confidence.

Holder has produced consistent numbers as a Test all-rounder and that is why he is at the numero uno position in the all-rounder’s rankings list with 473 rating points. Holder has scalped 106 wickets in 40 Test matches at an impressive average of 26.37.

On the other hand, the flamboyant batsman has scored 1898 runs at an average of 32.72 and he has also scored three centuries in the Test fold, including a double ton. In fact, Holder is the second West Indies player after Sir Gary Sobers to have number one Test ranking as an all-rounder.

“Jason Holder is the most under-rated all-rounder, because on the field, maybe you will look at Kemar Roach or Shannon Gabriel, but Jason Holder only when you look at the scoreboard, you realise that he has come in and taken three wickets,” Tendulkar told Brian Lara during the chat on Master Blaster’s app ‘100 MB’.

“When he is batting, he has scored those crucial 50-55 runs when it mattered, he is an underrated player but he contributes on a regular basis, he is a terrific player to have in your team,” he added.

On the other hand, Brian Lara also feels that Jason Holder’s captaincy will be critical for the visitors’ chances to retain the Wisden Trophy.

Holder has done a fine job as the captain of the side and he would look to get the best out of the players. There is no doubt that England will be favourites whereas West Indies have a puncher’s chance but it would be a mistake to completely write off the tourists.

Consequently, if the visitors batsmen can get the runs on the board, Jason Holder-led side can cause trouble to the hosts. The onus will be on batsmen like Kraigg Brathwaite, Shai Hope and Roston Chase.

On the other hand, Ben Stokes will also be the cynosure of all eyes as the rookie England captain is placed second in the all-rounder list of rankings. Stokes had a magnificent 2019 and he would look to kick start the summer of 2020 on a high.