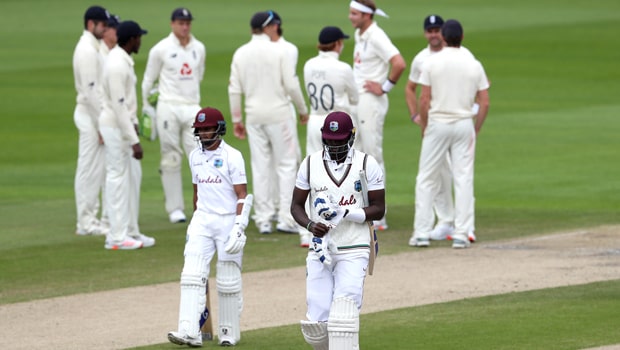 West Indies captain Jason Holder has urged England and Wales Cricket Board to tour the Caribbean in the fag end of 2020. England is now set to tour the Windies in 2022 in February-March for the new Richards-Botham trophy but Holder has proposed that they should tour them before the end of 2020.

This tour has helped England in saving millions of pounds and Holder wants ECB to return the favour with the reciprocal tour. Furthermore, the West Indies players accepted a 50% pay cut from their board to make the tour possible.

Holder revealed that Cricket West Indies only makes money when they play against teams like England and India whereas they are quite even when they take on Australia and Pakistan.

During the global health crisis, the cricket boards have incurred heavy monetary losses as there has been no action. In fact, Cricket West Indies has had its financial issues in the last decade and the players don’t get the amount that they deserve.

Holder feels if England tours the West Indies, it will help them keep afloat.

Holder said, “We don’t know what’s going to happen after this series with the international calendar but if there is an opportunity for England to come over to the Caribbean before the end of the year that would help significantly.

“It’s been a tough last few years for us financially, pretty much and we’ve taken a pay cut due to the circumstances.

“A tour hopefully, if it is possible before the end of 2020, would help keep us afloat,” the all-rounder added

Meanwhile, it was a fine resumption of the game as all the three matches of the series went into the final day. Both the teams fought tooth and nail as England clinched the three-match Test series by 2-1.

The West Indies’ players and support staff should be given all the credit for touring England during the testing times.

Meanwhile, it is well known that England, Australia and India are the big three of the cricket world when it comes to generating revenue but the rest of the boards mostly struggle to get going.

Holder feels if something is not done in the coming time, then we would notice smaller countries playing less.