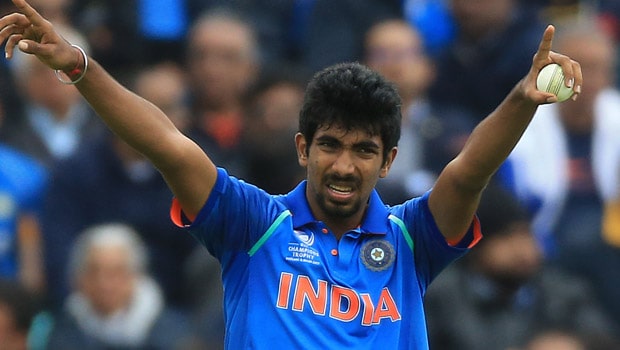 Former West Indies legendary fast bowler Courtney Walsh reckons that India’s gun pacer Jasprit Bumrah has the potential to reach where James Anderson and Stuart Broad have. Both Anderson and Broad recently reached 600 and 500 Test wickets respectively. Bumrah has had a great start to his Test career and he is expected to go a long way in his career.

The right-arm pacer from Ahmedabad has shown the promise to be a big name in the fast bowling unit. Bumrah has already scalped 68 wickets in 14 Test matches at an average of below 21. The 26-year old has troubled the best in the business and he bowls at a good speed to get his wickets.

Furthermore, Bumrah is brilliant in the death overs in the white-ball formats. The ace paceman hardly concedes runs in the fag end of the innings as he is mostly right on the money.

Bumrah has got an awkward action and it makes it difficult for the opposition batsmen to pick him up. The right-arm pacer also hits the accurate line and length and thus he is so successful. Bumrah has shown all the skills to be India’s best ever fast bowler.

Walsh feels Bumrah stuttering action is the best for him and works well for the pacer.

“He has the potential to reach where Anderson and Broad have. He is a very skilful bowler. He has a funny run-up that people might want to change. But it is what is best for him,” Walsh, who was the first-ever player to reach 500 wickets in Test cricket, told Times of India.

Bumrah would look to continue his sublime form going and he would aim to achieve new heights. Former Indian all-rounder Yuvraj Singh had also recently stated that Bumrah’s minimum target should be 400 Test wickets.

Meanwhile, James Anderson and Stuart Broad have played for a long time and have been successful for England over the years. Jasprit Bumrah would be more than happy if he is able to replicate the same success of both these legends. There is no doubt that Bumrah has all the skills and he would aim to keep going strong.

Jasprit Bumrah will play for Mumbai Indians in the upcoming season of the Indian Premier League, which is all set to begin from September 19 in the UAE.