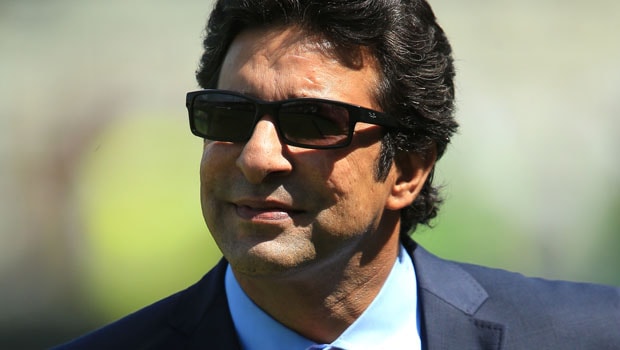 England’s County Cricket is deemed as the apex education for a cricketer, whether he is a batsman or bowler. The challenge to bowl or bat in the English conditions is a difficult one and one feels that the foreign players should go to County cricket and hone their skills.

In fact, there have been many players who have benefitted by playing in the County Championship. However, former Pakistan fast bowler Wasim Akram believes India’s gun paceman Jasprit Bumrah doesn’t need to go for the Ph.D in cricket.

Akram added that there is a lot of cricket going around and thus Bumrah needs to relax. India is known to play the maximum number of matches in a calendar year and it is imperative to manage the workload of a player. Hence, we have often seen that Bumrah is given rest in matches which are irrelevant.

Bumrah is a jewel and it is up to the team management to manage his workload with guile. Akram added that the young players should play more first-class cricket to develop their skills.

“Cricket has become too much today. A guy like Bumrah being a top bowler, India no.1, I would have suggested him to relax and not run after county cricket. Young players need to play more first class cricket from there they will learn bowling,” Akram said while talking to Aakash Chopra on the latter’s Youtube channel.

Meanwhile, when India had toured England back in 2018, Bumrah had scalped 14 wickets in three Test matches he played at an impressive average of 25.93.

Bumrah has had a great start to his Test career. The ace pacer was also the leading wicket-getter on Australia tour of 2018-19 as he took 21 wickets. Bumrah has snared 68 wickets in 14 Test matches at an impressive average of 20.34.

The right-arm pacer is mostly right on the money and he is difficult to pick for the batsman with his awkward action. Bumrah can consistently bowl around 145 kmph to breathe down the neck of the opposition batsman. The Gujarat pacer is currently the best death bowler in limited overs format.

On the other hand, Akram added that he doesn’t judge a bowler by the number of wickets he manages to take in a T20 game. However, the former swing master feels the performances in the longer version of the game matters more, which completely tests the bowler’s skills.

“They won’t learn bowling from T20. I don’t judge a player by T20 performance, I judge them from their performances in longer versions of cricket.”