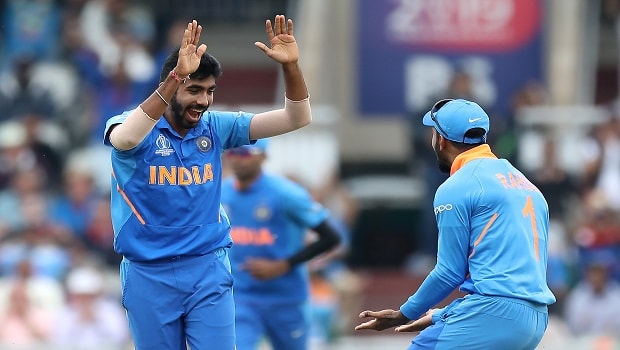 Indian pacer, Jasprit Bumrah, has called on the people to support the Prime Minister, Narendra Modi, in fighting the coronavirus pandemic.

Bumrah is reacting to the appeal made by the PM to cooperate with the authorities by adhering to the 21-day lockdown order to curtail the spread of the dreaded virus that has killed over 50000 people in the world with over a million infected as well. This, he said, can be done by hitting the virus out of the park by following guidelines given by the medical experts.

As part of the effort made to fight the virus, the Prime Minister appealed to all to switch off the lights at their respective homes and turn on their candles, light lamps, or mobile phone torches for nine minutes at 9 pm today. This, he said, is to show India’s collective resolve in defeating the dreaded coronavirus.

Bumrah, who took to his Twitter page, described the feeling of fans shining their phone’s flashlight amidst applause and cheer whenever there was a good performance from the India squad as unparalleled. He, therefore, called on the governing body of the game in India, the BCCI and Indian players to show their support to the minister’s request.
The lockdown order has given India’s athletes the space to spend quality time with family, with their games postponed amidst hectic schedules.

Many of them had said this break had allowed them to assist their partners, and it could be a blessing in disguise. Experts and physiotherapists have even suggested that some senior players and those currently out injured have been given the opportunity of playing longer.

It could be recalled that Modi had in a 12-minute video on Friday asked people to maintain social distancing by staying indoors.

With the situation of thing, the 13th edition of the Indian Premier League (IPL), which was postponed from March 29 to April 15, may not hold, and the authorities might be forced to extend the curfew.

As part of its contingency plan, the BCCI could move the tournament to October-November, provided the International Cricket Council postponeS the T20 World Cup, which falls into that time.