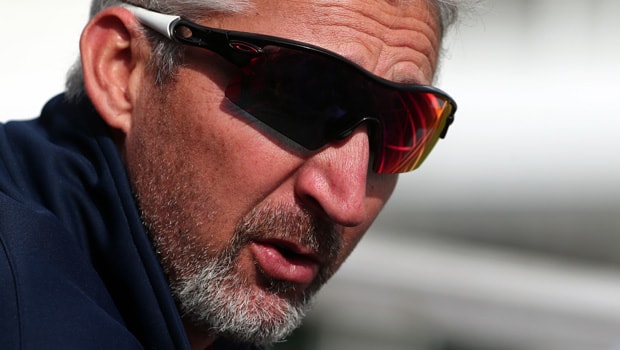 Former Australian fast bowler Jason Gillespie reckons gun pacer Jasprit Bumrah will go down as India’s greatest in all the forms of the game. Bumrah has been one of the best bowlers in the world in the last couple of years and his records across the formats speaks for himself.

The right-arm fast bowler is mostly right on the money with his line and length and has breathed down the neck of the best batsmen in the world. Bumrah has got the pace under his belt and he has one of the deadliest yorkers under his repertoire.

The fast bowler from Gujarat has had a wonderful start to his Test career as he has scalped 68 wickets in 14 matches. The 26-year old had played a key role in India’s first series win on the Australian soil as he had scalped 21 wickets in the four Test matches.

Meanwhile, India’s pace battery has grown in confidence in the last few years and they have delivered the goods for the team. Indian fast bowlers have taken giant strides in their career and a lot of credit for the same goes to their fitness.

“They all bring their different ways of doing it (bowling fast). I think the Indian pace attack now is as good as they’ve had in a long time. That’s no disrespect to the guys who came before them,” Gillespie told Sportstar.

“But they are a fine bunch now. (Jasprit) Bumrah is going to be a superstar once his career finishes. He will go down as one of India’s greatest in all three forms of the game. There’s no doubt about that,” he added.

Gillespie also heaped praise on Mohammed Shami, Ishant Sharma, Bhuvneshwar Kumar and Umesh Yadav. All the Indian pacers have shown the right promise and they have come out with consistent performances.

India’s pace battery had collectively scalped 50 wickets on the previous tour of Australia and they are once again going to play a key role in the success of the team. Indian pacers are a force to reckon with and they are one of the best bowling units in the world.

The first Test, which will be a Day-Night contest, will take place at Adelaide Oval from December 17.