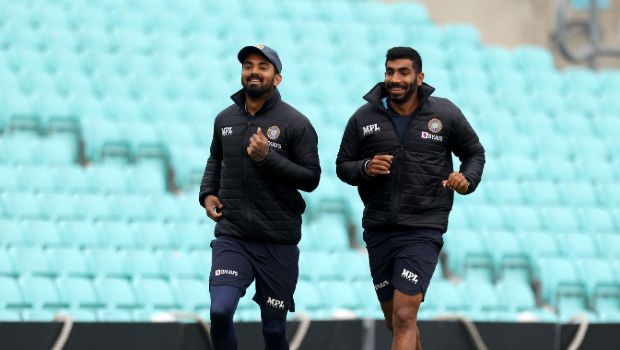 Former legendary fast bowler Michael Holding feels Jasprit Bumrah’s short run-up puts people off as the batsman doesn’t expect the ball to be bowled at a good pace as the pacer has a stuttering action.

However, despite almost no momentum in his run-up, Bumrah has the skills of clocking more than 140 km/h consistently.

In fact, Holding had earlier questioned Jasprit Bumrah’s action and he reckons that the Indian fast bowler will be prone to injuries as he puts a lot of strain on his body in his delivery strike due to a short run-up.

Bumrah was at his lethal best in the second innings of the Oval Test as he bowled a fiery spell and dismissed Ollie Pope and Jonny Bairstow in quick succession. Bumrah’s spell of 6-3-6-2 was the turning point of the game as he gave an opening to the team. The fast bowler from Gujarat exploited the reverse swing and bowled a top spell to put England on the backfoot.

While speaking to the Telegraph, Holding said: “I think what puts people off is Bumrah’s limited run-up and his powerful strong action that produces the pace.”

The Whispering Death, as Holding was known during his heydays, believes the batsmen won’t have had issues in picking Bumrah if he had bowled with a regular run-up.

“If he had a long rhythmical run-up and bowled with the same delivery action at the same pace, batsmen would not find it as difficult. Even Jeff Thomson and Lasith Malinga had ‘different’ actions, but they had a run-up through which batsmen could get some sort of rhythm from.”

Bumrah has bowled at the top of his game in the ongoing series against England. The ace paceman has breathed down the neck of the opposition batsman and he will look to continue the good show. Bumrah has scalped 18 wickets in four Test matches and has bowled with an average of 20.83.

The fifth and final Test match will be played at Old Trafford, Manchester from September 10.