Javagal Srinath didn’t get the credit he deserved – Shaun Pollock 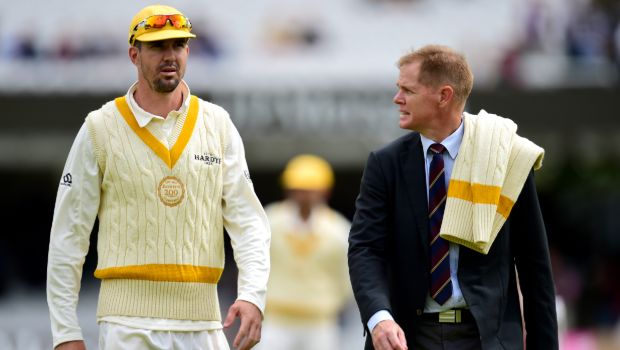 Former South African skipper Shaun Pollock said India’s fast bowler Javagal Srinath was underrated in his career. The Indian team has always been known to be loaded with quality batsmen and the batters were the ones who hogged the limelight, especially in the 90s and 2000s.

The batsmen have always been the cynosure of all eyes and they are the ones who stole the headlines in Indian cricket. Srinath shared the dressing room with great batters like Mohammad Azharuddin, Sachin Tendulkar, Sourav Ganguly and Rahul Dravid and he was hardly given the credit he deserved.

In fact, Srinath used to consistently bowl around 140 kmph in the nascent stages of his career. The right-arm pacer scalped 236 wickets in 67 Test matches at an average of 30.49.

On the other hand, the Karnataka pacer snared 315 wickets in 229 ODI matches at an average of 28.09. Back in the days, Srinath was the leader of the Indian pack but he didn’t get a lot of support from the other end.

Srinath had a smooth action and had the skills to move the ball both ways at a brisk pace.

During a Sky Sports podcast discussion with former West Indies fast bowler Michael Holding and England’s Stuart Broad, Pollock said, “I thought India’s Javagal Srinath didn’t get the credit he deserved.”
Meanwhile, Pollock played against some of the best bowlers in the history of the game. The former Proteas all-rounder recalled the best he saw in his playing days.

“In my era, you had great combinations like Wasim Akram and Waqar Younis for Pakistan and Curtly Ambrose and Courtney Walsh for West Indies. Australia had Glenn McGrath and Brett Lee. You now have James Anderson and Stuart Broad in this era,” he said.

On the other hand, Shaun Pollock led South Africa from the front. The swing master, who was accurate with his line and length, scalped 421 wickets in 108 Test matches at an impressive average of 23.12. Furthermore, the right-arm medium pacer snared 393 wickets in 303 ODI matches at an average of 24.51. He also scored more than 7000 runs collectively in all the three forms of the game.