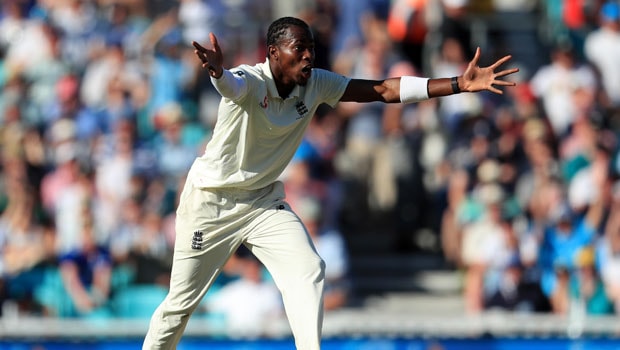 England fast bowler Jofra Archer is known to breathe down the neck of the opposition batsmen with his sheer pace. Archer has a smooth action and he can really surprise the batsman with his pace and bounce. The England pacer picked India’s KL Rahul as the most difficult T20 batsman he has bowled to.

Both Archer and Rahul have faced each other in the Indian Premier League. The flamboyant batsman had taken apart the lanky pacer in the 38th match of the 2018 season. Rahul had scored an unbeaten knock of 84 runs off just 54 balls and Archer went on to concede 43 runs in his 3.4 overs.

Rahul scored two sixes and one four against Archer and had his wood on him. The stylish batsman was in sublime form in IPL 2018 as he finished as the third highest run-getter with 659 runs in 14 matches at an average of 54.92.

Subsequently, the right-hander continued his good form in IPL 2019 as he ended as the second highest run-getter with 593 runs in 14 matches at an average of 53.9.

“Obviously KL. He got me a couple of times playing for Kings XI Punjab. So definitely I’ll go with him,” Archer told his Rajasthan Royals teammate Ish Sodhi during a live chat. “If I can put my finger on someone, it’s just been him and knowingly, he’s probably got the better of me most of the time.

On the other hand, Ish Sodhi also agreed with Archer and added Rahul played well against the Kiwis recently. The flamboyant right-hander was awarded the Man of the series as he scored 224 runs in five T20Is against New Zealand.

“He’s a good player. He really played well against us in New Zealand, taking advantage of the small grounds,” Sodhi added.

KL Rahul has been in sublime form especially in the limited overs format. Rahul has grabbed his wicket-keeping chances with both hands and he has done well both as an opener and finisher. The right-hander has scored 1239 runs in 32 ODI matches at an average of 47.65. The Karnataka batsman has thus far amassed 1461 runs in 41 T20Is at an impressive average of 45.66 and a blistering strike rate of 146.1.