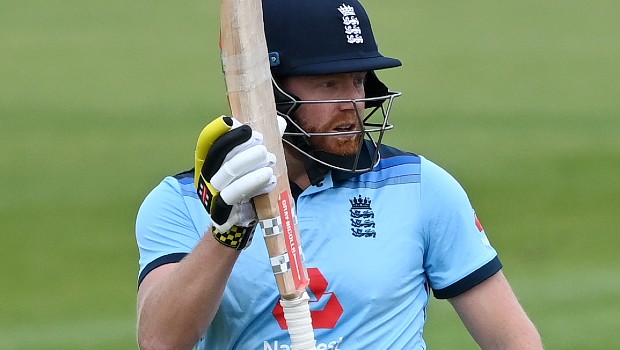 England opener Jonny Bairstow and Australian pair of Alex Carey and Glenn Maxwell, who all scored centuries in the final ODI of the three-match series, have taken huge strides in the latest update of the ICC ODI rankings. Bairstow, who top scored in the series with 196 runs after scoring 112 runs in the final match, returned to the top 10 in the rankings.

On the other hand, Alex Carey and Glenn Maxwell, who added a fine alliance of 212 runs to help Australia win the series after they were tottering at 73-5, also made gains. Maxwell, who became the fastest to score 3000 ODI runs, took a jump of five places to share the 26th position with Ireland’s Paul Stirling. Maxwell scored a total of 186 runs in the series.

Carey, also made a gain of 11 places to get to career-best ranking of 28, after scoring 152 runs in the three-match ODI series. Marnus Labuchagne moved up by 20 places to reach the career best rankings of 63rd whereas Sam Billings, who scored a fine knock of 118 runs in the first ODI, made it into top 100 for the first time in his career.

Meanwhile, England’s all-rounder Chris Woakes also made gains in the bowler’s rankings. Woakes scalped six wickets in the three matches of the series, which saw him take a leap of three places to get to career-best fourth place among the bowlers. Woakes also scored 89 runs in the series, which helped him secure second place in the all-rounder’s list.

Australia’s fast bowler Josh Hazlewood, who was awarded the Player of the match award for 3-34 in the opening match, has returned to the top 10 after a gap of two years. Hazlewood took a jump from 15th to eighth position after taking four wickets in the series.

England gun pacer Jofra Archer made a gain of 18 places to reach the career-best 10th position after bagging seven wickets in the series. Adam Zampa, who finished as the leading wicket-taker of the series with 10 wickets, has climbed to 21st position.