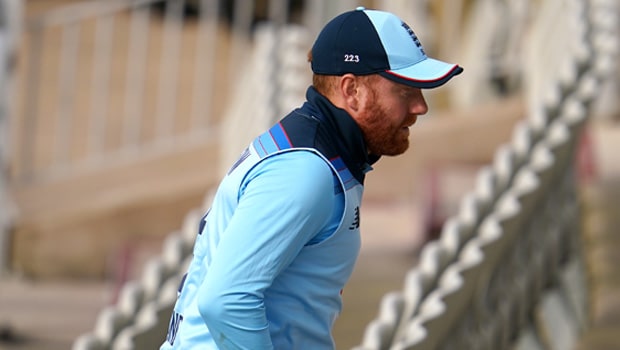 David Warner and Jonny Bairstow were in top form for  Sunrisers Hyderabad on Thursday, helping the team to a 201/6 finish against Kings XI Punjab that were bowled out for 132 in the ongoing India Premier League being held in the United Arab Emirates.

The duo had a good game with Warner, the skipper of the side scoring scored 52 off 40 balls, which included five fours and 1 six while Bairstow scored 97 off 52 balls before being dismissed by Ravi Bishnoi, who also recorded a three-wicket scalp.

This was a thumping win for Hyderabad as it was never in doubt that they will emerge the winner. Warner was the team’s mainstay as his partnership with Bairstow took them over the 200-mark, giving their opponent a mountain to climb.

In their chase of the 200, Punjab was let down by their openers, who have been so influential for them, but they couldn’t raise the bar this time.

By the time they gathered 60 runs, they were three even and looked down and out.

Nicholas Pooran was able to bring Punjab back in the game single-handedly but failed to get support at the other. So, this made chasing such a huge target alone an improbable one.

While fielding, the Hyderabad bowlers were up to the task except for their fifth bowler, who took a pounding.

The captain, Vishal Sharma, was able to take the wicket of K.L Rahul. Rahul’s partnership with Samad in their two overs sees them went beyond 40 while the rest were excellent.

In the game that Rashid was back to his best, three Hyderabad pacers were also impressive, making the two overs not make a lot of difference.

Reacting to their loss, Punjab skipper, KL Rahul pointed losing wickets in the Powerplay was always going to be tough, especially for a team with only six batsmen.

While describing Mayank’s loss as tough, he added that whenever they hit into the air, there is always a fielder to catch.

Reacting to the performance of Pooran, whom he gave credit to for batting well, the skipper said such a performance was a joy to watch.

He further stated that it was good to give youngsters an opportunity. Such was the case Bishnoi, who got three wickets.