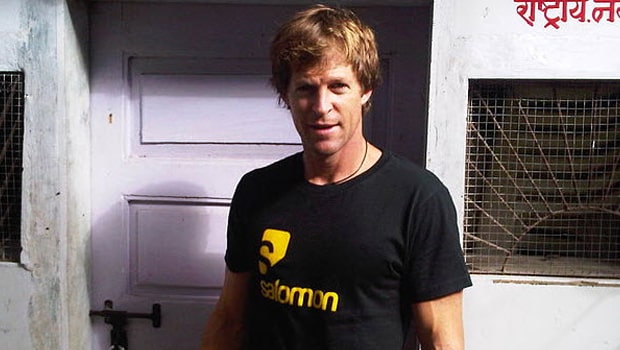 Former South African batsman Jonty Rhodes believes South Africa should do everything to win the upcoming T20 World Cup, which will take place later in the year in Australia. Rhodes feels the team’s think tank should even bring back AB de Villiers in the fold for the mega-event.

Meanwhile, AB de Villiers had sent shocking waves back in  May 2018 as he had decided to hang his boots. Subsequently, there were talks that he wanted to be part of the 2019 World Cup but it wasn’t to be the case.

However, recent reports have emerged which suggests that de Villiers is in talk with the team management and CSA for his return to the team. The talisman is still fit as a fiddle and he will definitely add value to the Proteas squad. He is currently plying his trade in various T20 leagues across the globe.

The linchpin batsman recently played in Australia’s Big Bash League in which he scored 146 runs at a strike rate of 140.38 in the six matches while playing for the Brisbane Heat.

“I think it’s interesting because it’s a tough call,” Rhodes told ESPNcricinfo on the sidelines of the Road Safety World Series in Mumbai. “You want your best team to play, it’s also tough on the guys who then miss out. You know AB is a very special player so then do you set a precedent for a guy like AB de Villiers if he is not playing for South Africa, I mean why are you selecting him?

Rhodes added that South Africa should not leave any stone unturned if they want to go all the way in the upcoming T20 World Cup and bringing back a player like AB de Villiers will only get them close to their goal. South Africa has not won a major tournament since 1998 when they lifted the Champions Trophy.

“I suppose a lot of people watch how he performed at the IPL but just watching him in the Big Bash, he’s such a class player; I’m a big fan of AB de Villiers. I’m just not sure of the precedent. If you want to win a T20 World Cup, you should do anything to win it. You’re not breaking any rules, you are setting a slight precedent and you are going to be upsetting a few players who are going to miss out. But a team without AB de Villiers or a team with AB de Villiers… I’d love to see that guy play. It’ll just be great to see AB de Villiers play at a World Cup again for us.”

The Proteas haven’t been at their best in the big events and they would aim to put paid to their World Cup voodoo. AB de Villiers is a match-winner on his day and it would be great if he can make a come back and play in the T20 World Cup.

It would be interesting to note how Cricket South Africa handle the situation and if AB de Villiers is all ready to return to national colours. De Villiers, who is known for his 360 degree play, will be next seen playing for the Royal Challengers Bangalore in the IPL and his form will be crucial for the comeback into the Proteas team.

South Africa recently defeated Australia by 3-0 in the ODI series and they are currently on the tour of India, in which they will play three ODI matches.