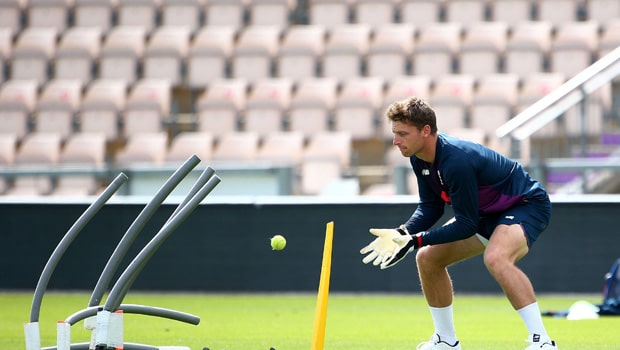 Of the eight teams participating in IPL 2021, four teams have wicket-keepers as captain. Mahendra Singh Dhoni has led Chennai Super Kings since the inaugural season, KL Rahul was appointed the leader of Punjab Kings in 2020 while Sanju Samson and Rishabh Pant will be leading their respective franchises for the first time this year.

“I am sure MSD (Dhoni) has something to do with the sixth sense and breeding of wicketkeepers who can captain. He obviously has been a fantastic captain and there are lots of players who want to follow in his footsteps,” Buttler was quoted as saying by The Times of India.

Jos Buttler, himself being a wicket-keeper, believes that they are best positioned to notice and analyse what happens on the cricket field. Because of their field position, wicket-keepers ‘get a 360 degree view of the game’ and can make excellent decisions to help their team out.

“I think a wicketkeeper has a brilliant view of the game. That can add to your decision-making as you can see first-hand how the wicket is behaving and the way bowlers are bowling,” he added.

The 30-year-old also spoke about Sanju Samson who’ll be leading Rajasthan Royals this season. After IPL 2020, the franchise decided to release Steve Smith and appointed the wicket-keeper batsman from Kerala as captain instead. Buttler believes that Sanju will do well this year. Buttler also talked about his England teammate Ben Stokes and that he can prove to be the X-factor for RR this year.

“We have lots of variety in the team this season with some world-class all-rounders like Ben Stokes and Chris Morris and a new captain. Sanju (Samson) is very exciting player and has a long affiliation with the franchise. He is a very calm person and likes to have fun. I am sure he would try and get across that to the team. There will be a lot of passion in his leadership. I strongly believe Ben Stokes will be the X-factor for our team in this season,” said Buttler.