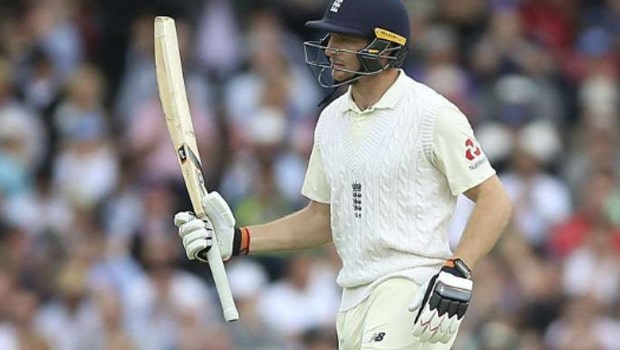 There were question marks raised on the place of Jos Buttler when he struggled to keep in the first innings against Pakistan in the first Test match at Old Trafford, Manchester. Buttler had given two lives to Pakistan;s opener Shan Masood when he was on 45 runs. Buttler first bungled a catch off the bowling of Dom Bess.

Subsequently, the wicket-keeper let another chance go when Masood danced down the track but Buttler could not collect the ball, again off the bowling of Dom Bess. Masood went on to score 156 to help Pakistan post 326 runs in the first innings.

However, when England were under the pump at 117-5 while chasing 277, Buttler showed what he can do with the bat and how dangerous he is as a batsman. Buttler scored 75 runs in the 139-run stand with Chris Woakes to put a kibosh on the raising doubts over his place in the side. England then went on to win the thrilling match by three wickets to take 1-0 lead in the series.

Former Australian legendary spinner Shane Warne reckons that Jos Buttler should always be in the side and backed him to deliver the goods. In fact, Buttler’s batting form wasn’t up to the mark as he had scored a fifty against the West Indies in the third Test after a gap of 12 Test matches.

“He should always be in the team. Jos is a very good and reliable keeper but, occasionally, you’re going to have a few bad days – it wasn’t easy out there, either”, Warne told Sky Sports.

“But Jos should always be in your team because of what he’s capable of, with the bat especially. And then his keeping, he’s a good leader among the team as well – there’s a calmness about him – he’s the whole package. He’s always one of the first pencilled in for me”, Warne added.

Buttler switched on his ODI mode and got England back into the contest when they were staring down the barrel of the gun. The right-hander was under pressure after his paltry performance with the gloves and the runs were crucial to boost his confidence.

In fact, Buttler also admitted after the Test match that he was fearful of getting dropped from the side if he didn’t score any runs while going out to bat when England were 106-4.