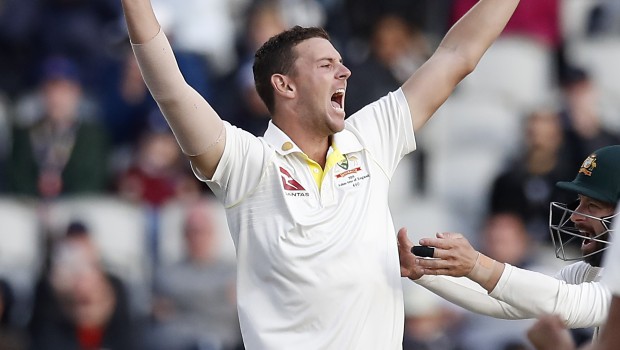 Australia’s fast bowler Josh Hazlewood has picked a combined India-Australia Test XI. Interestingly, Hazlewood also selected himself in the final XI and did not pick any wicket-keeper in the side. Mayank Agarwal and David Warner are Hazlewood’s openers. Agarwal has had a perfect start to his Test career as he has scored 974 runs in 11 Test matches at an average of 57.3.

Hazlewood would pick one batsman between Rohit Sharma and Marnus Labuschagne to bat at number six for their ability to change the game. Rohit has scored 2141 runs in 32 Test matches at an average of 46.54 whereas Labuschagne has amassed 1459 runs in 14 Test matches.

Hazlewood stated he would pick Ravichandran Ashwin for the Indian conditions whereas he would back his teammate Nathan Lyon for Australian conditions. Ashwin has scalped 365 Test wickets whereas Lyon has snared 390 wickets in 96 Test matches.

The number one Test bowler Pat Cummins, Josh Hazlewood and Jasprit Bumrah constitute the pace batter of the side. Cummins has taken 143 wickets in 30 Test matches whereas Hazlewood has bagged 195 wickets in 51 Test matches. Bumrah has had a perfect start to his Test career as he has claimed 68 wickets in 14 Test matches.