Josh Hazlewood withdraws from IPL 2021 due to bubble fatigue 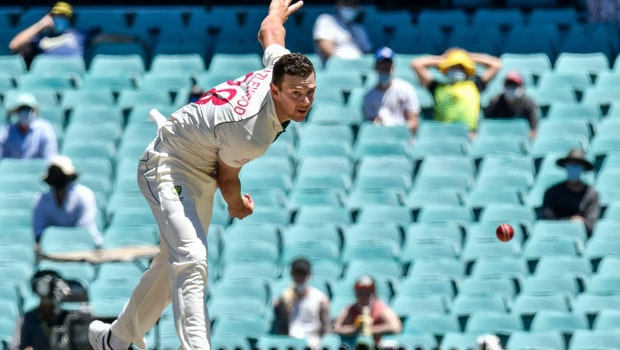 Chennai Super Kings fast bowler Josh Hazlewood has decided to withdraw from IPL 2021 season due to bubble fatigue but the franchise has not named any replacement yet. Hazlewood has been part of many bio bubbles since August 2020 and he wants to physically and mentally ready for the upcoming 12-month International season.

It hasn’t been easy on players as the bio bubbles have taken a mental toll and many players have decided to stay with their families in these testing times. Hazlewood was expected to travel to India on April 1 but decided to pull out of the tournament.

The right-arm fast bowler, who is well known for his accurate line and length, had played three matches for the MS Dhoni-led team in the previous season. Hazlewood could only scalp a solitary wicket in the last edition as he bowled with an average of 64. The fast bowler wants to be ready for the big International season after the IPL.

“It’s been a long 10 months in bubbles and quarantine at different times, so I decided to have a rest from cricket and spend some time at home and in Australia in the next two months,” Hazlewood said to cricket.com.au.

“We’ve got a big winter ahead too. The West Indies is going to be a long tour, with Bangladesh (T20 tour) potentially thrown at the end of that. Then potentially the T20 World Cup leading into the Ashes, so it’s a big 12 months, as it always is with Australia, and I want to give myself the best chance to be mentally and physically ready for that. That’s the decision I’ve made, and it sits pretty well with me,” he added.

In fact, before Hazlewood decided to pull out of IPL 2021, Australia’s wicket-keeper batsman Josh Philippe and all-rounder Mitchell Marsh decided to opt-out of the forthcoming season due to the same reason.

Furthermore, CSK CEO Kasi Viswanathan has also confirmed that the team’s fast bowler Lungi Ngidi will miss the opening match due to national duties. CSK had finished in seventh place in the previous season after six wins in 14 matches and they will aim to turn the tables in the upcoming edition of the IPL.

The MS Dhoni-led team will play their opening match against Delhi Capitals at the Wankhede Stadium, Mumbai on 10th April.