Junaid Khan reveals how he dominated Virat Kohli in 2012 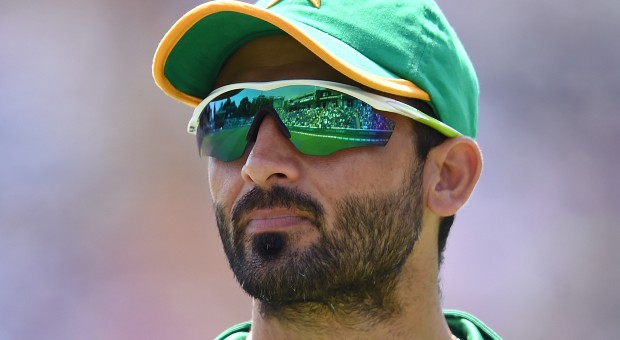 Back in 2012, Virat Kohli was finding his feet at the International level. In fact, Kohli had a fantastic year in the ODIs as he announced himself at the big stage. The right-hander was the third highest run-getter of the year as he amassed 1026 runs in 17 ODI matches at an impressive average 68.40.

However, Kohli had his issues while facing Pakistan’s fast bowler Junaid Khan. In the three-match ODI series, in which Pakistan toured India back in 2012, the left-arm pacer dismissed Kohli on all the three occasions. Out of these three dismissals, Junaid had bowled Kohli on one occasion whereas he was caught on the other two occasions.

Khan bowled 24 balls to Kohli throughout the series but the batsman could only muster three runs. Junaid was in sublime form in the series as he scalped eight wickets in the three matches at an average of 12.38.

The left-arm pacer revealed that he had momentum on his side and he was bowling with his tail up after he felt confident in the domestic circuit.

Junaid Khan talks about the India series in 2012 when he dismissed Virat Kohli three times in as many games. #Statschat pic.twitter.com/H3bKN1sjpi

“The first ball I bowled to him was a wide but the next ball when I beat him, I thought ‘well, he’s a normal batsman’. Then I got some momentum,” Junaid said on the Cricingif show on YouTube.

“Virat jokingly told me ahead of the series that these are Indian pitches and that balls won’t swing or seam here. I said ‘we’ll see, because I have plenty of momentum with me as well.”

On the other hand, Junaid Khan reckons Kohli is currently the best batsman in all the three formats. Kohli has an average of more than 50 across the three formats and he is the most consistent batsman. Khan added we talk about players like Steven Smith, Joe Root and Kane Williamson but Kohli is at the top of the tree.

There is no doubt that Kohli has come a long way since 2012. Apart from the series against Pakistan, Kohli had a great year and he must have grown in confidence after ticking the right boxes in 2012.

Kohli is currently regarded as the best batsman and his records speaks for himself. The talisman has scored 21000 International runs and he already has 70 centuries to his name. Consequently, he has taken giant strides after 2012 as he kept getting better at the top level.